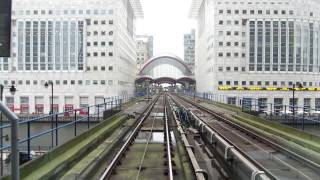 Melbourne is by far one of the most active and exciting places in Australia. And while other parts of the continent are getting more involved in tourism, the people of Melbourne are welcoming the competition and are considering a new look for the docks to help attract more attention to their incredible city.

The plans of these renovations have been launched under the shared vision of many in the region who consider this decade, the second of the Docklands. The idea is to involve the community in the renovation plans and take in the comments of some of the many ideas that cross their desks today.

Some of the more innovative ideas include a new bridge, sitting on Victoria Harbor, a floating concert hall, a selection of butterfly houses, and a football field. Already officials have been inundated with over 3,700 different ideas for the improvement of the Docklands and the culmination of all these ideas will prove a challenging task as there are many fabulous ideas that have been put forward.

The group landed on five concrete proposals to date and will be seeking consultation on the following ideas: a new bridge between Victoria Harbour and New Quay, creating a new aquatic center in the Harbor Esplanade region and other extensions for this waterfront city, a football field standing at the end of Central Pier, creating a Docklands library and community center, and the creation of an additional park in the northwest the Docklands. These are the first five that the group is looking at and they promise that there will be more to come for this region over the next decade.

A little over a decade ago this region of Docklands was simply an industrial area, but with the help of many private investors the region has completely overturned and is now a place where people love to visit, work and live. The feeling is that development efforts in this region may increase further in the coming decade and could eventually build one of the best places to visit in the city of Melbourne. The Docklands is an area that is on its way up and it is proven by an influx of new residents already. If you’re looking for a unique place to invest in, the Docklands is an area that is really up and coming and promises to become an integral part of the city of Melbourne in just a few years.

Riding the London DLR train from Lewisham to Bank