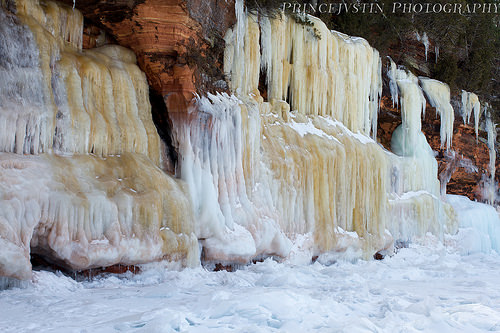 Caves are known as natural underground spaces large enough for a human to enter. Caves are formed in limestone by geologic processes. Their formation and development have taken place with combination of chemical processes, atmospheric influences, or erosion from water. Exploring a cave for science or recreation is great and takes time and effort. Speleologists explore and study all aspects of caves and the environment surrounding the caves which are found throughout the world. However, only a portion of them have been explored. Let’s discover the most beautiful caves below:

This chamber of Florida’s Diepolder Cave which is situated on Sand Hill Boy Scout Reservation near Brooksville is 76 meters below the Earth’s surface. It was named after the man who originally owned the land.

Water-filled caves attract speleologists and cavers due to their unexplored nature.

Lave-tube caves which can be found worldwide form during long-lasting lave flows. Natural levees are built along the sides by overflows as lava moves through a channel.

Cave pearls were created by mineral deposits. Layers of calcite’s slow deposit around a grain of dirt or sand created these unique spherical formations.

Lechuguilla Cave located in Carlsbad Caverns National Park in New Mexico is the fifth longest cave known to exist in the world. The cave is well-known for its unusual geology, rare formations, and pristine condition. It attracts spelunkers from around the world. Lechuguilla is the deepest cave in the United States.

Greenland, the world’s largest island, is famous for Ice Sheet which offers unforgettable adventures and an insight into a completely different world. Glacier caves made of ice can be quite unstable and present unique challenges to spelunkers.

Ripples of Calcite with rippled formations (folia) looks like a shredded wheat. These rare calcite deposits were found on walls deep within Lechuguilla Cave. The folia were formed as water levels repeatedly rose and fell.

This Greenland Glacier Cave has colors and shapes of a swirling galaxy.

Patagonian cave in Patagonia, Chile was formed by the artistry of water and time. The slow movement of water can work like a chisel, making this great limestone cave.

Greece The Wonderful World Of Caves