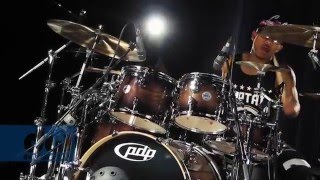 NC is an icon of darkness: Mehbooba

The demonstrators demanded return of the power generation projects from the NHPC that had been gifted by the National Conference from time to time to the central government in order to secure its rule in the State.

Mehbooba Mufti in her address to party workers said that the state government has failed to give good governance to the people of Jammu and Kashmir. “She said her party had deliberately adopted a low profile over the past three months hoping that the state government would have learnt some lessons from its debacle on all fronts that had resulted in extraordinary alienation and loss of precious 112 lives. She said the party had also been watching the situation under the 8 point formula announced by the central government as a guide to the state and had hoped some relief would be provided to common people, but so called agenda proved yet another cruel joke that was implemented only in contravene, adding that instead of releasing the youth and political detainees more are being arrested. The youth were now hounded both in and outside the state, in the process demonizing every Kashmiri as a stone pelter. This had further enlarged the gulf between the state and rest of country she added”.

According to Agence India Press reporter, Mehbooba said that in the past two years over 500 megawatts had been added to the state generation system but immediately after the NC led coalition assumed office they started load shedding and have now revived the pre 2002 scenario.

The PDP president said as with the political problems of the state the NC is directly responsible for bartering away the state resources to the NHPC which was making money at the cost of state resources while common are suffering in darkness. She said while Farooq Abdullah handed over seven most feasible power projects to centre in 2000, Omar Abdullah continued the process by entering another agreement with NHPC to give them majority stakes in three more projects.

Mehbooba said this has served the most deadly blow to state’s economic prospects, but PDP would intensify its campaign for renegotiating the terms of agreement with NHPC which at present gives a paltry 12 percent royalty to the state. She declared appealing people to support this demand proactively for the sake of coming generations.

Mehbooba said on the one hand state is facing power and water shortage on the other hand other essentials like and food commodities, LPG, kerosene oil and other things are black marketed in the state especially in Kashmir. The government she said was hand in glove with hoarders and profiteers who were looting the common man. Even the Public distribution system, she said had almost completely collapsed as its stocks were being pilfered and sold in black market. (AIP)

STEP UP TO CONCEPT SERIES™ EXOTICS
Drum Workshop has become synonymous with custom exotic finishes, while at the same time, PDP Concept Series™ drums have provided drummers with the user-friendly features and build-quality that had previously been reserved for much more expensive boutique sets. New Concept Maple Exotics deliver on both of these promises in a big way. Offered in a 5-piece F.A.S.T. configuration with available 8″ and 14″ add-ons, the all-maple shells are finished in a rich Walnut veneer with glossy Charcoal Burst lacquer. Sizes include an 18×22″ virgin bass drum, 8×10″ and 9×12″ rack toms, a 14×16″ floor tom, and a matching 5.5×14″ snare drum. Mounting hardware for the rack toms is also included in the shell pack. PDCMX2215WC