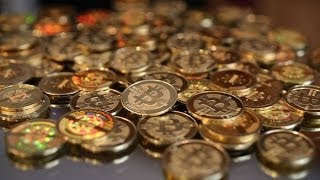 The meteoric rise in bitcoin has meant that within the space of four years, one Norwegian man’s $27 investment turned into a forgotten $886,000 windfall.

Kristoffer Koch invested 150 kroner ($26.60) in 5,000 bitcoins in 2009, after discovering them during the course of writing a thesis on encryption. He promptly forgot about them until widespread media coverage of the anonymous, decentralised, peer-to-peer digital currency in April 2013 jogged his memory.

Bitcoins are stored in encrypted wallets secured with a private key, something Koch had forgotten. After eventually working out what the password could be, Koch got a pleasant surprise:

In April 2013, the value of bitcoin peaked at $266 before crashing to a low of $50 soon after. Since then, bitcoin has seen large fluctuations in its value, most recently following the seizure of online drugs marketplace Silk Road, plummeting before jumping $30 in one day to a high of $197 in October.
More information about the financial system like currency economy and house property get them at the channal (SUBSCRIBE US) http://youtube.com/user/cosmeticmachines