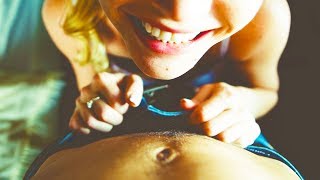 Well, this really sucks. Cenk Uygur, John Iadarola, and Francesca Fiorentini, the hosts of The Young Turks, tell you about unstoppable gonorrhea. Tell us what you think in the comment section below. https://tytnetwork.com/join/

“Oral sex is producing dangerous gonorrhoea and a decline in condom use is helping it to spread, the World Health Organization has said.

It warns that if someone contracts gonorrhoea, it is now much harder to treat, and in some cases impossible.

The sexually transmitted infection is rapidly developing resistance to antibiotics.

Experts said the situation was “fairly grim” with few new drugs on the horizon.

About 78 million people pick up the STI each year and it can cause infertility.

The World Health Organization analysed data from 77 countries which showed gonorrhoea’s resistance to antibiotics was widespread.

Dr Teodora Wi, from the WHO, said there had even been three cases – in Japan, France and Spain – where the infection was completely untreatable.

She said: “Gonorrhoea is a very smart bug, every time you introduce a new class of antibiotics to treat gonorrhoea, the bug becomes resistant.”

Worryingly, the vast majority of gonorrhoea infections are in poor countries where resistance is harder to detect.

“These cases may just be the tip of the iceberg,” she added.”

Download audio and video of the full two hour show on-demand + the members-only post game show by becoming a member at http://www.tytnetwork.com/join/. Your membership supports the day to day operations and is vital for our continued success and growth.