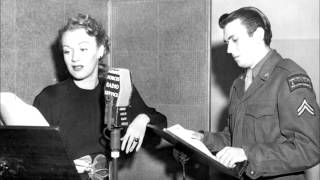 Our Miss Brooks is an American situation comedy starring Eve Arden as a sardonic high school English teacher. It began as a radio show broadcast from 1948 to 1957. When the show was adapted to television (1952–56), it became one of the medium’s earliest hits. In 1956, the sitcom was adapted for big screen in the film of the same name.

Our Miss Brooks was a hit on radio from the outset; within eight months of its launch as a regular series, the show landed several honors, including four for Eve Arden, who won polls in four individual publications of the time. Arden had actually been the third choice to play the title role. Harry Ackerman, West Coast director of programming, wanted Shirley Booth for the part, but as he told historian Gerald Nachman many years later, he realized Booth was too focused on the underpaid downside of public school teaching at the time to have fun with the role.

Lucille Ball was believed to have been the next choice, but she was already committed to My Favorite Husband and didn’t audition. Chairman Bill Paley, who was friendly with Arden, persuaded her to audition for the part. With a slightly rewritten audition script–Osgood Conklin, for example, was originally written as a school board president but was now written as the incoming new Madison principal–Arden agreed to give the newly-revamped show a try.

Arden won a radio listeners’ poll by Radio Mirror magazine as the top ranking comedienne of 1948-49, receiving her award at the end of an Our Miss Brooks broadcast that March. “I’m certainly going to try in the coming months to merit the honor you’ve bestowed upon me, because I understand that if I win this two years in a row, I get to keep Mr. Boynton,” she joked. But she was also a hit with the critics; a winter 1949 poll of newspaper and magazine radio editors taken by Motion Picture Daily named her the year’s best radio comedienne.

For its entire radio life, the show was sponsored by Colgate-Palmolive-Peet, promoting Palmolive soap, Lustre Creme shampoo and Toni hair care products. The radio series continued until 1957, a year after its television life ended.