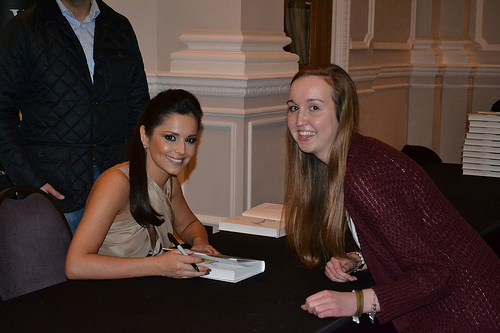 It looks like 2010 is still the return of the 90s, with many bands and artists releasing new material after going unnoticed for long gaps of time. This time, it’s Paula Cole attempting a comeback after some unsuccessful ventures in music between having a baby, getting a divorce and ultimately finding new love—all subjects on her first self-penned album since 1999’s Amen.

Ithaca opens with “The Hard Way,” which starts off as a slow piano ballad but invites in rock drums and guitars, almost in the vein of Evanescence, though not as orchestral and more piano-driven. Cole’s vocals are similarly operatic, though much more mature than Amy Lee—it’s obvious she has grown throughout her career since her 90s hits like “Where Have All the Cowboys Gone?” and “I Don’t Want to Wait.”

Cole then mellows out a bit with “Waiting on a Miracle,” which is driven mostly by a slow acoustic guitar against thick, gospel-like harmonies that accentuate her raw vocals. “Music in Me” follows with yet another big, Evanescence-like chorus, but the verses feature simple acoustic guitar pop and light electronic beats.

“Elegy” is fittingly slow and sad, a ballad that builds mid-way through with brush drums and a haunting electric guitar in the background until eventually bursting into yet another rock climax. It’s pretty clear at this point that Cole is branching from the slow, moody music of her past for a rock-driven sound while keeping the emotional tone to her lyrics and voice.

To step away a bit from the epic-sounding songs, she then gives us “Come on Inside,” which is a simple, airy pop love song. The song is definitely a nice, light break in the middle of such big sounds, and a good segue into light-hearted songs, like “P.R.E.N.U.P.,” which is a slow, jazzy number in which Cole gives somewhat humorous firsthand advice on marriage and divorce.

“Violet Eyes” takes further us into the “happy” section of her musical journey, which she compares to Odysseus’s return to Ithaca after his ten year voyage. It features pianos, slow beats and violins to create a simple love song that sounds like the first dance at a wedding—it’s nice and sincere, but maybe a bit of a sleeper. “Somethin’ I’ve Gotta Say” is a bit filler, though it at showcases more of Cole’s excellent vocals and ability to write a decent pop/rock confessional.

Clocking in at just over eight minutes, “Sex” is probably the most shocking—but not necessarily in a bad way. It’s mostly a slow, jazzy song about phone sex while on the road, filled with dirty talk and sexual innuendos that feel a bit out of place on the album but hard to not enjoy. “Sex” seems to be a fan favorite, probably due to the unexpected nature of the song, and it’s definitely not bad, but it may be a bit awkward—and it’s probably not one to sing along to.

As an album closer, unfortunately, “2 Lifetimes” really fails. While it’s yet another peaceful piano, guitar and violin ballad to go along with the rest of the collection, after such a large opening, the entire album seems to fizzle out on this track. Most of Cole’s catalogue is full of slow, moody tunes, and while “2 Lifetimes” has a more positive vibe, it’s a little bit boring.

To be honest, had Ithaca been released by a new artist, it would get overlooked and fall into obscurity. There’s no real hook for anyone outside of Cole’s fan base, and many of the songs after the openers fade into a blur of piano ballads and slow jazz that could easily lose a listener’s attention. It also seems that Cole really doesn’t know what direction to go in. Still, at 42 years old, Paula Cole definitely still has an amazing voice that can tackle a large range, and she’s loyal to the roots of confessional singer/songwriters, making it impossible to discredit her talent.

Ithaca, Cole’s fifth studio album, is out now online and in stores, and she will be playing on Long Island, NY, in Bay Shore, at The YMCA Boulton Center for the Performing Arts on October 1.