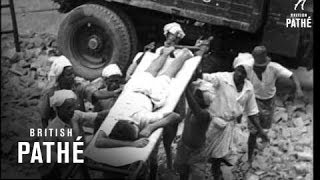 PRIME Minister Lee Hsien Loong announced that government revenues have been better than projected and highlighted that Singaporean citizen can expect “good news” in the upcoming Budget which will be announced in Feb 2011. He said Singapore should use this growth to improve the lives of its citizens across the board. He further added that major investments will be made in health care and transportation as well as in skills training and education to equip workers to do better jobs and raise productivity. He reiterated the Government’s commitment to give Singaporeans “full opportunities, a good education and a valuable stake in the country”. Education and training has always been on the top priority of the Singapore government since day 1 of Singapore’s independency, 45 years ago.

With the economy recovering much better than expected, many organizations including MNCs, Financial institutions such as Standard Chartered, HSBC and DBS are on major recruitment drives to beef up manpower in anticipation of the continued expansion of the global economies.  There is a huge demand for talent in the resources scare country where the government competes aggressively to recruit the best talent available in the private sector to join the government services.

Singapore has been working on building itself up as a centre for leading human-capital practices, to help companies and HR professionals raise their standards by equipping them with the latest skills set in organizational psychology, talent management and strategic HR Leadership and succession planning process. During last week’s dialogue, PM Lee mentioned that more than 240 potential election candidates have been invited for “tea” sessions, and more than 40 have been interviewed by a committee chaired by PAP’s secretary- general, PM Lee.  He is confident of presenting a “first-class slate of candidates” in its leadership-renewal process with its existing pool of talent.

By attracting top universities such as Chicago Booth Graduate School, INSEAD, City University of New York and SUNY Buffalo to offer Executive MBA, Master of Organizational Psychology, HR and Leadership program in Singapore, will redefine the HR sector by cultivating and nurturing an eco-system for research and business applications. This is also important since when an upswing comes, better trained employees and companies will benefit for their investment into education.

PM Lee speech was delivered at the People’s Action Party’s biennial conference, its last before the next General Election, in front of 1,700 cadres and activists at the National University of Singapore’s Cultural Centre.

Various shots of a new batch of Beaufighters (aircraft) which have just arrived to aid the Singapore build up. Australians soldiers on the Malay Peninsular dig defences in the jungle to stop any Japanese advance. A small gunboat patrols on a jungle waterway.

Some Australian soldiers shin up a tree, bring down coconuts and start to drink the milk. Singapore boys watch four naked soldiers pouring water over themselves to cool off. C/U of two Diggers smoking.

Various shots show the damage done by Japanese bombs on Singapore including Raffles Square. People dig through wreckage and carry out wounded. Japanese Nationals are brought in for internment, then are transported off to camps.
FILM ID:1314.16