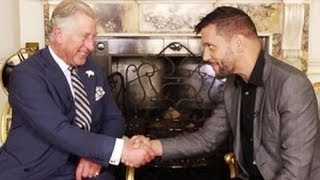 Prince Charles sits down with George Stroumboulopoulos for his first interview for Canadian television. The Prince talks about his love for Canada, its diversity, his charity work, and his sense of duty. He also touches on several of his passions, including architecture, organic food and public service. The interview starts at the :12 mark. http://www.cbc.ca/television/
Subscribe: http://bit.ly/CBCSubscribe
Watch CBC: http://bit.ly/CBCFullShows

About CBC: Welcome to the official YouTube channel for CBC, Canada’s public broadcaster. CBC is dedicated to creating content with original voices that inspire and entertain. Watch sneak peeks and trailers, behind the scenes footage, original web series, digital-exclusives and more.