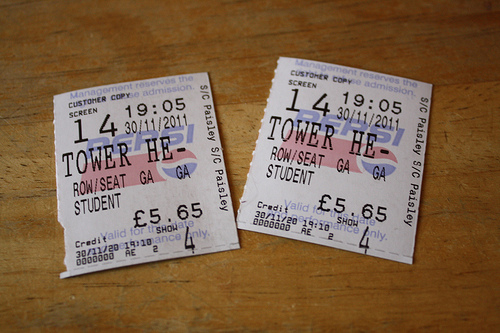 Comedy movies have been around since film saw its beginnings, but the animated genre has gained popularity throughout recent years. Though animation is particularly popular with children, comedies geared at adult audiences have also been released in this spectacular format. It’s more commonly seen on the television networks (with animated adult comedy shows such as Family Guy and South Park) but it has been done on the big screen.

Which animated comedy movies should you watch? It depends what you are looking for. These family and mature audience films of the gene are a great place to start.

The Madagascar Films (2005; 2008) – These films serve up adventure and plenty of laughs, with a cast of animal characters who suddenly find themselves in the wilds of Africa after only having known life within the sweet captivity of the Central Park Zoo. The characters are voiced by some of today’s best loved comedians including Chris Rock, Ben stiller and Sacha Baron Cohen. A third film is set to be released in 2012.

Monsters VS Aliens (2009) – Got a family full of sci-fi fans and of course, lovers of comedy movies? You’ll all enjoy this computer animated comedy about a woman who is struck by a meteorite on her wedding day, transformed into a giant, taken captive by a secret government compound and befriended by a group of strange but lovable monsters who’ll join with her to combat aliens and save the world!

Cloudy with a Chance of Meatballs (2009) – The beloved children’s book is brought to life by a hilarious cast and modern animation. Join Flint, the wanna-be inventor, who finally sees some short lived success as he falls for the girl, creates enough food to fill the bellies of everyone in town and later deals with the comical catastrophe that ensues!

Who Framed Roger Rabbit? (1988) – There’s trouble in Toontown in this classic favorite. Families with older children might consider this film for a family night pick. Some scenes may give younger children a fright. The film is a wonderful combination of comedy, mystery, fantasy and live action mixed with animation.

South Park: Bigger, Longer and Uncut (1999) – South Park took hold of its success and went the comedy movies route when it was brought to the big screen in 1999. As usual, fans’ favorite characters -Kyle, Stan, Cartman and friends- are in the midst of comical adventure, with no shortage of foul language and extremely crude humor.

Eight Crazy Nights (2002) – If you’re an Adam Sandler fan (and of his more adult films) you may enjoy watching him dish out the laughs (and plenty of song, those this isn’t your typical musical number) in full cartoon style animation.

Do you enjoy watching Animated Comedy Movies? Read reviews and share yours at the top rated Consumer Reviews site, Lunch.com