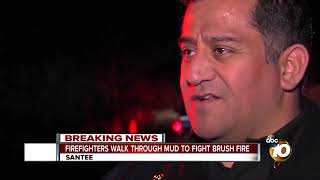 Some differences are determined by climate and agriculture. Northern China is a land of wheat and millet, southern China a land of rice. The coastal provinces, especially in the south, are naturally the experts at cooking seafood. The interior provinces raise and prefer to eat meat. So certain distinctions may be generalized. Mandarin cuisine uses wheat flour instead of rice, salt instead of soy sauce, and no sugar. It leans to lamb and poultry instead of the Cantonese pork and fish, and roasts or sautes the meat in preference to steaming. Finally, northern food is generally served with meat and vegetables in separate dishes. All in all, these are closer to our Western ways of preparing and serving food than is the southern Chinese style, which may help to account for the foreigner, unwilling to adventure in the exotic, finding Mandarin dishes more to their taste.

However, while some cattle and sheep are raised in China, almost every inch of arable land is cultivated, leaving little grazing area. The grain needed to feed animals yields- more food value when the people eat it themselves. Milk is a rare commodity, too; China’s dairy-like proteins come from soybeans. But pigs and chickens can be fed on scraps that otherwise would be thrown away, and ducks catch their own food in the waterways.. The pigs, incidentally, also eat wild water hyacinths that, if not eaten, would choke the borders of rivers and canals.

Consequently “red meat” of any kind is unusual, rather than typical, in Chinese cookery, while fish, pork, chicken, and duck, along with soybeans, are the chief source of high-quality proteins. (Those in cereal grains are of low quality for human consumption. This fact has led to the recent invention, in Hong Kong, of a soft drink made from soy extracts-a possible solution to the problem of poor nutrition in overpopulated countries.) The prevalence of the same major foods, plus bamboo shoots and other vegetables, in all Chinese cuisines makes them more alike than they are different.

Each flowered in a particular Chinese province with the rise at some time in local history of a wealthy and highly cultured leisure class. Thus Shandong was the home of Confucius, evidence enough of an advanced culture thousands of years old. Honan and Sichuan have been government seats, the latter as recently as World War II, while Zhejiang once boasted a class of salt mine tycoons. Shanghai, with its foreign settlements, was the New York or London of the Orient for half a century. But the greatest culinary flowering took place in Guangzhou as merchants grew rich on foreign trade.Their 19th-century descendants developed a gracious way of life still mourned as “the good old days.” Social leaders rivaled one another in having the best cook or in creating the best new dishes. Some of this one-upmanship in proud gourmandry survives in the wealthy homes and exclusive clubs of Hong Kong, the British enclave into Guangdong (Canton) province.