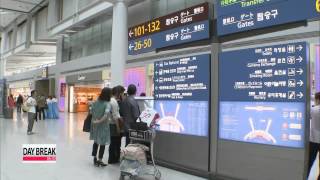 to Korea last year.
In response, Korean firms are adapting their business strategies to

more than one-third of that tally.
According to Korea’s Ministry of Justice, the number of Chinese nationals

who visited Korea in 2013 reached a record high of three-point-nine-million.
That’s a dramatic jump of nearly 44 percent in annual visitors compared to

a year earlier.
The ministry attributed the sharp increase in part to streamlined

procedures in issuing visas, as well as visa-free entry programs for Chinese

passengers on cruise ships and airport transfers.
It’s a trend that has been gaining significant momentum over the last

decade.
Visitor numbers from China in 2004 barely scratched half-a-million, but that

and is forecast to surpass four-million by next year.
Meanwhile, the weaker yen has hurt the number of Japanese visitors to

Korea, one of the country’s main sources of tourism income.
Korea suffered more than a 22 percent decline in travelers from Japan in

2013 on-year, with that number expected to continue falling.
The changing landscape of Korea’s tourism industry is catching the eye of

local businesses here.
Restaurants in the Myeongdong Shopping District, a popular spot for

international tourists, have begun adjusting their menus to cater to more

Chinese customers.
Japanese favorites such as stews and raw beef cuisines have now been

replaced with more grilled meat dishes.
The wave of new Chinese visitors is also being attributed to the popularity

of Korean-made products.
Among the most popular items that people take back to China include