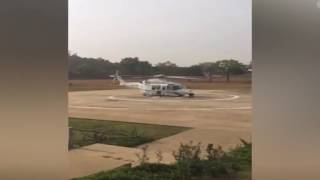 The world of Hindi cinema is changing its image from the usual melodramatic, over the top movies and has embraced very off beat and interesting films that have had resounding success and have even become box office hits. The latest instance of this is the critically acclaimed and commercially successful Hindi film Rock On, which is a movie based on the trials and the journey that a Hindi rock group takes which leads them to the path of self-discovery. The movie, which stars director turned actor Farhan Akhtar in the lead and with a supporting cast that includes Arjun Rampal, Purab Kohli and Luke Kenny took India by storm in 2008.

The music from the film became an instant hit with the youth and it is the driving force of the movie. The genre of Hindi rock is mixed with soul and good old rock and roll to produce a sound that proved to be a winner. ‘Generation next’ in India could not stop singing or humming the tunes from the movie which just proved that Hindi rock music was alive and well. Its foray into Hindi cinema was something that was never ever thought of and the success of Rock On proved that Bollywood was ready for such change.

The rock ballad ‘Tum ho toh’ which is sung by Farhan himself is a gut wrenching song sung with such palpable emotion that it takes one back to the rock ballads which Bon Jovi was so famous for. ‘Sinbad the sailor’, which is a fun song, is full of energy and a great number which will make you sway and has become quite a popular warm up song with the bands in India before a live gig. The movie has proven that Hindi rock if played in its purest and unadulterated form is still a force to be reckoned with in India, giving the genre an impetus and hope for a bright future.