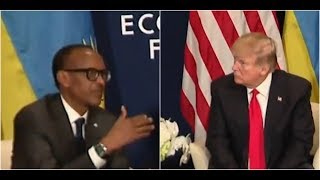 Rwanda is Full of Wonders !

Those who enjoy tourism in nature will find “The Kingdom of Gorillas” in Rwanda, a tiny African nation made famous by Dian Fossey’s book “Gorillas in the Mist” ( 1983 ). Curiously these mammals live in one of Africa’s most beautiful countries, where there are unique and spectacular landscapes –the holiday experience of a lifetime! In the 80s,Miss Fossey, a world-famous naturalist, once said about Rwanda, ” Anywhere you look there is beauty”. Without a doubt, the African nation is full of wonders!

The New Hampshire-size land has been called the “Switzerland of Africa” because of its amazing lakes and spectacular mountains. Indeed you will never find another country like Rwanda!Without the financial advantages of so many of the world’s top tourist destinations, Rwanda has one of the highest number of visitors per square mile in the world! The tourists arrive from different parts of the world – from Canada and Finland to Australia and the People’s Republic of China. There is no doubt that the future of the tourism in the country looks promising.

Unlike several nations in the world, Rwanda is one of the most safest countries on the African continent. The best example: In 2008 there were a million visitors — more than several Latin American republics and a world record for a tiny nation on Earth. Since then, Rwanda is an example in the world.

The Heart of Africa

The Vermont-size land is a landlocked sub-Saharan African nation, and borders Tanzania, Burundi, Uganda, and the Democratic Republic of the Congo. Its area of 10,200 square miles — it is lightly smaller than Belgium — has a population of approximately 10,000,000 inhabitants. The tiny nation has magnificent scenery, including snow-capped mountains, thick tropical forests, plateaus and volcanoes. Karisimbi, the country’s tallest peak, rises 14,787 feet above sea level.

Kigali, Rwanda’s capital, is the most important economic, industrial and cultural center in the African republic. It is one of Africa’s most colorful places. Economy of Kigali is based on trade, tourism and government service. Several merchants sell their goods in the streets or at open-air market places. In addition to Kigali, the nation has other three cities: Ruhengeri, Butare and Gisenyi.

The Kingdom of Gorillas!

Due to the rapid pace of industrialization and human development, the wildlife sanctuaries are disappearing. However, one exception is the sub-Saharan African nation of Rwanda, an ex Belgian colony until 1962. The features of the African country have been changing slowly since it was originally a monarchy. Indeed Rwanda is a perfect location for tourists and nature lovers! At least ten per cent of the country’s natural land resources are dedicated to conservation. And each natural wonder has a wide range of eco-tourism activities.

When nature made Rwanda it put countless volcanoes, lakes, and mountains, but also put gorillas, one of the most fascinating animals. These apes normally lived for 35 years, and an adult male is about 180 meters tall and weights about 220 kilograms. Along with lions and elephants, the mountain gorillas are one of the most popular mammals on the African continent. On the other hand, these primates have inspired an entire generation of naturalists in the world. Furthermore, these apes have made that Rwandans are proud of their country. For this reason, many postage stamps have been issued in its honor by the Rwandan government. In addition to this, the Massachusetts-size land is home to Kiwita Izina, an annual national ceremony of giving a name to a new born baby gorilla. Since then, Kiwita Izina is one of the most important celebrations in Rwanda.

In this corner of the planet, you will see and photograph mountain gorillas. There are several tours allow tourist to visit the areas of the primates. Here you can also visit the places where Dian Fossey researched and wrote several articles ( the Karisoke Research Center, for example ). In the “Kingdom of Gorillas”, you can also find examples of love and cooperation. Certainly the primates have strong family relations. Contrary to what some people believe about gorillas, these animals are peaceful and nice.

For these reasons, many naturalists have had their eyes on Rwanda, including Fossey and Pascale Sicotte. During her first encounter with the apes , Fossey said, ” Sound preceded sight. Odor preceded sound in the form of an overwhelming musky-barnyard, humanlike scent. The air was suddenly rent by a high-pitched series of screams followed by the rhythmic rondo of sharp pok-pok chestbeats from a great silverback male…Immediately I was struck by the physical magnificence of the huge jet-black bodies blended against the green palette wash of the thick forest foliage”. She, who came from San Francisco, CA, died in the late 80s, but the fruits of her efforts continue flourish in the Kingdom of Gorillas in the 21st century. Today Miss Fossey is a national heroine in Rwanda and Africa.

A Sanctuary of Unspoilt Beauty

The Volcanoes National Park is one of the most beautiful places on the face of the Earth. The Rwandan jewel — the oldest national park in the country– in the Virunga Mountains of northwestern Rwanda is a refuge for mountain gorillas, an endangered species. This wildlife sanctuary affords an opportunity to see the mountain gorillas in all its splendor and grace, the scenery is fascinating, and the jungle is full of surprises. The Volcanoes Park was where Digit — the world’s most famous mountain gorilla — lived.

In addition to its nature reserves and wildlife refuges, Rwanda boasts other wonders: museums, palaces, and cultural centers. One of them is the Rwanda National Museum, which contains many treasures of the ancient cultures in the country. Since then, there is also a complete collection of native objects. In addition to its displays of objects, the National Museum provides extensive information on Rwanda history. Finally, it is considered one of the most important historic landmarks in the nation.

One of the main tourist attractions in Rwanda and a must for all visitors is the Nyanza Royal Palace, a gem in both architecture and interior decoration. It is a reproduction of the former royal residence, once the home of the Rwandan monarchy. Much of the structure is of African and French inspired design. These picturesque characteristics makes it a unique building in the nation. Here you will find all the elegance of one of the last monarchies on the African mainland. This monarchy was one of the most ancient and isolated kingdoms in the continent. Under this atmosphere, you may feel you have stepped back many centuries into the enchantment of a golden era. Indeed, a visit to the Nyanza Royal Palace is definitely recommended.

The Land of Pleasant Surprises

The Akagera National Park has much to offer the nature lover, wildlife journalist, and tourist. A unique variety of fascinating wild mammals live there, from gazelles and impalas to zebras and giraffes. Visiting it is an unforgettable experience. Its dense vegetation is also home to exotic birds. Today the national park covers over 2,500 square kilometers.

The Nyungwe Forest National Park is one of the most interesting because within a space of 1000 square kilometers can be seen wild animals in their natural environment, including chimpanzees, monkeys, Angola colobus, and olive baboons. It will be a trip long remembered. For its unique natural beauty ( there are 100 species of orchids ), this natural sanctuary competes with the most beautiful national parks in the world. Meanwhile, it is also one the world’s richest national parks in terms of birdlife ( 300 different types of birds! ).

Other Attractions in Rwanda

Many foreign visitors flock to Lake Kivu — it is one of Africa’s highest navigable lakes — to enjoy the mild weather and the amazing scenery. Since then, an excellent thing to buy is a packet of “Maraba coffee”. Like Brazil, Colombia and Ethiopia, Rwanda is also famous for its excellent coffee. The New Hampshire-sized land has counted on coffee as its top money earning.

We Need Your Help to Stay on the Air.