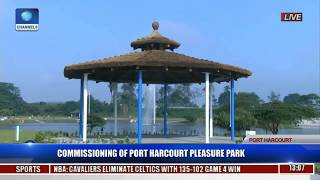 Port Macquarie Airport has an ongoing development program to ensure that the airport is positioned to handle forecast growth in passenger numbers and that its services and facilities continue to meet the needs of the community.

In 2008, a $ 12.2 million program of major maintenance and improvement works was undertaken including:

: maintenance and resurfacing to the existing runway, taxiway and apron;

: new runway end safety areas (RESAs) as required by CASA at both ends of the runway;

: an extension to the existing apron to provide a third aircraft parking bay;

: a new departure lounge (to the west of the existing terminal building) with passenger and carry-on baggage security screening facilities as required for jet aircraft operations; and

The Airport is a separate business unit within Council, funded solely by airport operations on a ‘user pays’ basis, and as such, does not receive funding via rate contributions to Council.

The airport is operational 24 hours a day and handles approximately 30,000 aircraft movements each year.