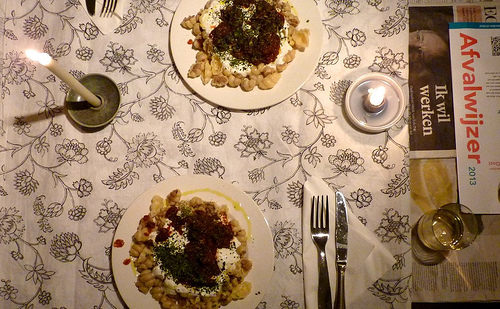 President Obama indicated through his press secretary that his administration would review its policy toward Afghanistan before making a decision about sending additional troops to fight in that country. Richard Holbrooke, his envoy, was in the Afghanistan/Pakistan region talking with leaders about how best to address the military and political situation. Obama also met with advisers at the Pentagon and the State Department.

As recently as February 15, it was reported that Obama “is refusing to be rushed into his first decision to send troops into combat…… questioning the time table, the mission and even the composition of the new forces.” However, Obama changed his mind on February 17, authorizing 17,000 additional soldiers and Marines for Afghanistan in what he described as an urgent bid to stabilize a deteriorating and neglected country, joining the 30,000 U.S. troops already there.

Obama will be sending more troops to Afghanistan before he has begun to fulfill a promised rapid withdrawal of troops from Iraq. His order leaves crucial questions of strategy and tactics in Afghanistan unanswered until the strategy review is completed in April. Antiwar groups criticized Obama’s decision. Tom Andrews, director of Win Without War said, “The president is committing these troops before he’s determined what the mission is….. We need to avoid the slippery slope of military escalation.”

The hasty decision ignored the many negative comments about the prospects for a U.S. victory. General David Petraeus has called Afghanistan “the graveyard of empires”. Holbrooke reported “a purely military victory is not achievable.” British historians furnish the details of their three failed military attempts to pacify the country. Twenty years after the troops of the Soviet Union pulled out of Afghanistan in defeat, the last Russian general to command them said on Feb 13 that the Soviets’ devastating experience, losing more than 15,000 troops in Afghanistan battling guerrillas “is a dismal omen for the U.S.”

Supporters of expanded U.S. military operations in Afghanistan cite the successes of the American military against the Taliban in October and November, 2001, immediately after the tragedy of September 11. However, that victory was accomplished by air power and bribery. Airpower prevented Taliban military operations. Hundred dollar bills bought warlord allies in this corrupt country whose main product is opium.

Can we do it again, bribing our way through the drug lords? Perhaps. But history shows that Afghans don’t stay bought and that the guerrillas motivated by rebellion and nationalism will fight the invaders for hundreds of years, making a bandit’s living out of their tactics as they have done for time immemorial.

Don’t think that General Petraeus does not know how to use money as a weapon. While he was installing the “Surge” in Iraq adding 30,000 fresh troops with great fanfare, he was quietly bribing the insurgent Sunnis with $ 20 dollar bills and rifles, paying 100,000 warriors to stop fighting the Americans.