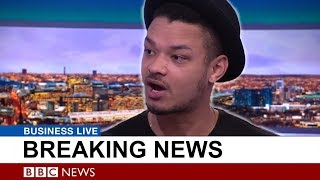 Filled with culture and development, Manchester is highly celebrated, particularly renowned for its music scene, as well as the gay community and acceptance. Despite the city not having the same appeal as larger cities, such as London, there are many things to see there, as well as a thriving economy and some beautiful landscapes.

It is these type of attractions that make Manchester an ideal location for company headquarters, as they give office workers something to do on their time off. In fact the following is a list of the key attractions, hand-selected by staff at www.officespacefinders.com:

1. The Whitworth Art Gallery: Costing nothing to enter, this gallery has a collection of over 55,000 items, as well as often controversial exhibits. Just over a year ago, I had visited this gallery to view ‘Kinderzimmer’ by Gregor Schneider, which was a large room that was completely dark within, save for a poorly-lit small room at the other end, containing nothing but an old mattress that looked used. An interesting exhibit, though undeniably weird.

2. The Manchester Museum: Owned and operated by Manchester University, it will not cost you anything to gain entrance and was recently publicly voted as one of the top university museums in the UK. Containing approximately six million items such as a selection of animal bones, models, items that date from a number of different eras, as well as dinosaur bones. Inexpensive, interesting and unforgettable!

3. Manchester music venues, such as Manchester Academy: If you are into new music and a variety of bands, then Manchester Academy is the place to go. Music has been at the heart of Manchester the cultural epicentre and the presence of the Manchester Academy reinforces this strongly. With upcoming gigs by Jimmy Eat World, Example and Groove Armada, this venue always produces an invigorating atmosphere.

4. Trafford Centre: The Trafford Centre frequently attracts shoppers from around the country (and sometimes the world!) to the plethora of amazing shops contained within. The nearby shopping centres are ideal for workers in serviced office Manchester, according to www.officespacefinders.com experts. With an extensive range of high-quality premium shops (and smaller independent retailers), this centre will be a delight for every shopper who visits.

5. Attractive landscapes: Whilst many might think that Manchester is an industrial and grey city, it has a large amount of fantastic greenery and some of the most attractive parks in the UK. One of the city’s best is Heaton Park; with playgrounds, cafes and an animal centre, you can relax and unwind in some fresh air. You can also find an array of other parks that are worth a visit, such as Riverside and Wythenshawe Park.

Whilst it can be even more fun exploring Manchester without prior knowledge and finding your own favourites, these few tips can help to ensure that you have the perfect day out.

In today’s vlog, I speak at Old Trafford to the Manchester United team about what & who influences us. I then get interviewed by BBC Radio 4 in London, looking into what a social media following really means in relation to influence.

The next morning, I go on BBC News to talk about all things Social Chain Group before heading back to the HQ in Manchester for a meeting with EY about the next Entrepreneur of the Year awards. We then end the week at a trampoline park!

Thank you for watching my daily vlog! If you liked today’s Everyday Steve why not subscribe and turn on notifications so you’ll never miss an episode?

Steven is the host of the #EverydayEntrepreneurs Show, a business and marketing focused Q&A video show and podcast. Featuring such guests as Gary Vee, The True Geordie and Alfie Deyes as well as Everyday Steve, a docu-series highlighting what it’s like to be a CEO, investor, speaker, and public figure in today’s digital age.

Steven Bartlett is a 25-year-old CEO and co-founder of Social Chain. In the last few years, he has become an award-winning entrepreneur, speaker, vlogger, investor and public figure who now leads a company of 100+ like-minded, motivated individuals who are quickly disrupting the ever-changing social media sphere. Social Chain’s presence is now felt in Manchester, London, Berlin and New York. But above all, his passion and motivation lies in engaging and inspiring the next generation.

Check out the journey of Steve Bartlett so far HERE https://www.youtube.com/playlist?list=PLuRSfILiM7Zq8rxwRU592YICXGx60Kcrb