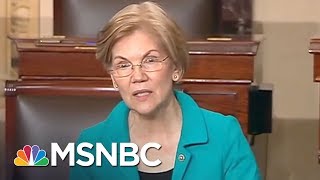 Senator Hillary Clinton is struggling to keep her democratic nomination alive today though she was the overwhelming favorite just three months back – in December 2007.

The reason for this is simple: Senator Clinton’s almost-perfect certitude in December 2007 that she would prevail. That certitude was reasonable by most objective measures. Senator Clinton did not come to that conclusion lightly. She came to that conclusion after evaluating her competition — Senator Barack Obama (lack of national exposure and party network) and former Vice-Presidential Candidate John Edwards (has been there already and not succeeded, not a fresh face, a bit too populist) — and after assessing her own strengths (experience, knowledge, party network.)

Objectively, any external consultant would have agreed with Senator Clinton’s assessment of the political landscape as it appeared in December 2007.

As anticipated, John Edwards put up a spirited fight, and then suspended his campaign. But Senator Barack Obama’s surprising and resilient strength is just that — most surprising.

However, in public life, every now and then a candidate who is in almost-complete sync with the public mood emerges, and he/she captures the imagination (e.g, Reagan in 1980 after failing to connect in 1968, and almost succeeding in 1976.) Usually, there are many institutional speed bumps to such a sweep (e.g., Gary Hart in 1984.)

That’s what we find with Senator Obama’s success this time — he has captured the broad sweep of imagination of at least the Democratic Party voters, and he is running into many speed bumps but none of them has (yet) derailed him.

Senator Hillary Clinton, nor any one including Senator Obama, could have anticipated this. Nor could any poll have captured this — it is like asking consumers about wine-coolers when they have no idea what it is.

That is the stuff of public mood and public life. There is a season for things, and quite often we don’t control those flows. Senator Obama himself acknowledges and understands this (“fierece urgency of now” quoting Dr. King) — he may not match the public sentiment in the next season, he does now.

In spite of Senator Barack Obama’s surprising strength, Senator Clinton could have still, probably, won the Democratic Party nomination but her well-placed confidence and certitude led to two tactical misjudgments that are now costing her so dearly.

The two misjudgments are: (i) not competing in party caucuses vigorously (among the pledged delegates from the primaries, Senator Clinton trails only by about 20 pledged delegates but when you factor the caucus results, Senator Clinton trails by over 150 pledged delegates); and (ii) not doing enough due diligence about the Democratic Party rules, and absorbing and internalizing those rules for proper strategy execution [e.g., believing that victory in big states should provide the numbers (not so because of proportional representation rules), not absorbing the Texas dual system.]

That’s the way life is sometimes. Timing (and some may call it luck or providence) is such a determinant in life. Just as Bill Clinton was wise (or lucky) in taking a pass at the 1988 Presidential elections and equally wise (or lucky) in joining the fray in 1992, Senator Hillary Clinton’s time may have been 2004 or it may be 2012 or 2016.

It appears from all conventional metrics that the mood of the electorate favors the Democratic nominee in fall but who really knows? No poll can measure this.

Senator Elizabeth Warren: I Want To See A Democratic Party That Picks Fights | All In | MSNBC

Senator Elizabeth Warren tells Chris Hayes she wants to see a Democratic Party “that isn’t just willing to take on a fight when it comes to it”.
» Subscribe to MSNBC: http://on.msnbc.com/SubscribeTomsnbc

Senator Elizabeth Warren: I Want To See A Democratic Party That Picks Fights | All In | MSNBC