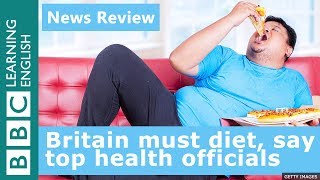 2010 had been an eventful year for America in politics. The Obama administration continues to face challenges; Democrats and Republicans made triumphs and compromises, and the Tea Party Movement grows stronger. Here’s a review of the top 10 news of 2010.

Democrats spent a big part of 2009 attempting to pass a comprehensive health care reform. On March 22, 2010, they finally rallied together leading to the reform being passed (within a narrow margin). It was signed by the President four days later. Called the ObamaCare, it is undoubtedly the most significant health care reform in decades.

The former Vice-President  candidate has become the most visible Republican in the country. Since 2009, Sarah Palin has refined her ability to generate media attention and popularity and has become a considerable political clout. She made headlines both in a positive and negative light, and comes only second to Obama for being the most followed American politician today.

In 2010, America lost the lives of 497 soldiers in the war in Afghanistan. However, the story failed to gather the appropriate public attention. This news is definitely important, but it seems the significance is lost to an American public that’s already too tired of the conflict and the continuing loss it brings.

Amidst criticisms from the progressives, President Obama reached a compromise with Republicans to extend tax cuts for the wealthy for an additional two years. In return, the GOP grants Obama a 13 month extension of unemployment benefits plus a number of provisions.

After the Arizona Legislature passed the controversial illegal immigration enforcement bill SB1070 in April, the Obama administration sued the state before the new law could be enacted, contending that the legislation encroached upon the federal government’s jurisdiction to control the state’s pesky illegal immigration problem.

6.  The Continued Decline of the U.S. Economy’s

“Jobless recovery” became a popular term around mid of 2010, but the so-called economic recovery didn’t feel like a recovery at all. The federal government may infuse a lot of cash to the economy, but it hasn’t done anything to convince Americans that the recession was over. A weak housing sector and continued high unemployment rate is more than enough evidence to the contrary.

One of the biggest news of 2010 was the continued efforts by Democrats to make unemployment benefits last, which has forced Republicans to concede extending the federal benefits plan incrementally throughout the year. In exchange, Republicans get to extend the Bush Tax Cuts across the board.

8.  Republicans Take Back the House

Republicans gained the majority in the House of Representatives.  Their win in the 2010 midterm election will grant the GOP increasing power with which to barricade President Obama over the next two years.

Delaware Republican Christine O’Donnell’s win in the state’s Senate primary election caused everyone to consider the Tea Party Movement as a considerable and growing force in American politics. As the Tea Party continues to gain power in 2011, most conservatives believe the mainstream GOP will be forced to embrace it. If not, party leaders may very well see a shakeup of revolutionary proportions.

The Gulf oil spill can’t miss being in the top 10 news of 2010.  Dominating the news for well over four months, it easily caused great political and economic repercussions to the whole country. The tragedy caused President Obama to face claims of inadequate response and has similarly damaged Republicans who made a number of verbal gaffes during the crisis.

Health officials have called on the food industry to cut the calorie content of their products to help combat obesity. Public Health England has set the target of a 20% reduction by 2024 for restaurant, retailers and manufacturers. If it isn’t achieved, the government has said legislation is an option.

excess
an amount more than necessary

Try a quiz on this vocabulary and learn more here:
http://www.bbc.co.uk/learningenglish/english/course/newsreview

Do you want to learn how to speak English? Then join us here on YouTube for great grammar, drama, news, study, pronunciation, vocabulary, music, interviews and celebrity videos. Every day we have a new video to help you with English. We also produce regular ‘extra’ videos across the week so come back every day to see what’s new.

MONDAY: The English We Speak
TUESDAY: News Review
TUESDAY: English At Work
WEDNESDAY: LingoHack
THURSDAY: 6 Minute English
FRIDAY: The Experiment (watch this space for new and exciting content that we are trying out!)