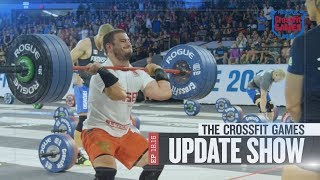 Manga comic stories, which are very popular in Japan for its cute characters and interesting content, are becoming more preferred by the young all over the world, especially in Asian nations. Therefore, there are lots of dramas which have been filmed and turned out to be the great dramas as follows:

Hanazakari no Kimitachi e Ikemen Paradise, Hanazakari no Kimitachi e Ikemen Paradaisu, also known as Ike-para, is a Japanese drama produced by Fuji Television and first aired on July 3, 2007. In addition, its plot is based on Hisaya Nakajo’s manga, Hana-Kimi. However, there are many differences from the manga and drama. To be specific, the storyline of the drama is completely different from the manga. Moreover, although the concept and characters are the same, the story is depicted differently.

Gokusen, which is a manga series by Kozueko Morimoto, aired on Nippon TV from April 1, 2002 to July 3, 2002 with 12 episodes. In terms of its plot, the story follows Kumiko Yamaguchi, the granddaughter of a Yakuza boss and teacher at an all-male private high school.

Liar Game is a Japanese manga series originally written and illustrated by Shinobu Kaitani. The manga was also first serialized in 2005 in the Japanese manga magazine Weekly Young Jump, published by Shueisha. Then, it was adapted into a drama series, which began airing on April 14, 2007 on Fuji TV.

“Rookies” is a Japanese shōnen manga written and illustrated by Masanori Morita and was featured on Weekly Shōnen Jump during its original run from 1998 to 2003. This manga has also been adapted into a television series which was broadcast on Tokyo Broadcasting System between April 19, 2008 and July 26, 2008.

“A scene in “Rookies”

Nodame Cantabile is a manga by Tomoko Ninomiya and was serialized in Japan by Kodansha. In addition, the series has been adapted as two different television series including as an award-winning live-action drama that aired in 2006 followed by a sequel television special that aired in January 2008, and as an anime series spanning three seasons.

Sean Woodland, Tommy Marquez and Pat Sherwood discuss the results of the second workout from the 2018 Reebok CrossFit Games Open. They focus on the men’s competition in 18.2, highlighting who won and who has work to do heading into 18.3.

The CrossFit Games® – The Sport of Fitness™
The Fittest On Earth™