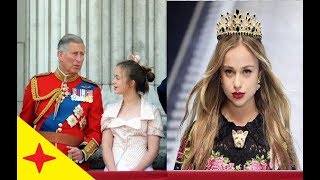 British royal weddings have always been breathtaking pageants inspiring millions of young ladies around the globe. Recently, the public in general and Britons in particular have waited for one big and important event coming next spring or summer that Prince William will get married his longtime girlfriend, Kate Middleton. Back to the history, people also witnessed the most memorable royal weddings in England from Queen Victoria to Princess Diana.

Britain’s Prince William will get married his longtime girlfriend, Kate Middleton, next spring or summer in London. He gave Kate Middleton the engagement ring that belonged to his mother, Princess Diana.

Prince Charles married his long-term partner Camilla Parker Bowles on 8 April, 2005 at Windsor Castle. However, the marriage was likely to be a sensitive issue because Mrs. Parker Bowles got divorced while her former husband is still alive. Princes William and Harry offered their father congratulations and wished the couple all the luck in the future.

Prince Andrew and Lady Sarah Ferguson married at Westminster Abbey in 1986. The marriage attracted thousands of people lined the streets of London to see this couple.

Prince Charles and Lady Diana Spence were married at St Paul’s Cathedral in 1981 before an invited congregation of 3,500 and an estimated global TV audience of 750 million. Their wedding was considered as one of the biggest royal events.

The engagement between Princess Elizabeth II and Prince Philip was announced on the 9 July 1947. The couple first met when they attended the wedding of Philip’s cousin in 1934.

Notable RoyalWeddings in the world

Lady Amelia Windsor Most Beautiful Member of British Royal Family
———————————————
LADY Amelia Windsor has been hailed ‘Britain’s most beautiful royal’ — and she proved she’s worthy of her title as she attended the British Fashion Awards.
The 22-year-old model dared to bare in a see-through black lace gown as she arrived at the prestigious awards bash at London’s Royal Albert Hall.
The granddaughter of the Duke of Kent, who is the Queen’s cousin, dazzled in the attention-grabbing dress, which was embroidered with metallic stitching in the shape of constellations.
Amelia, a former Edinburgh University student, is 36th in line to the throne.
She has been making a name for herself in the fashion world since appearing on the cover of Tatler, in a floral dress that was cut to her naval, last year.
——————————————-
MUSIC

8 = Emma Watson Didn’t Always Look Like This in Hollywood

10 = Dwayne johnson Most Powerful Man in The world