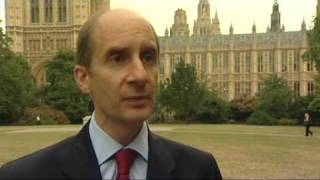 Honeymoons closer to home are becoming more and more common, and for good reason.  Stateside honeymoons can often be reached by car, require less red tape (such as passports and vaccinations), and can be much less expensive than a Caribbean or overseas honeymoon.  “Staycations,” or vacations closer to home, are popular because they allow you to discover things about your region that you may have never taken the time to discover before.  The east coast has a lot to offer honeymooners.  Here are some of the best places to go on an east coast honeymoon:

New York is one of the most metropolitan cities we have in the states.  It offers more culture and adventure per square mile than maybe any other city.  Try honeymooning here in the winter to see the Christmas tree in Rockafeller Center or watch the ball drop on New Year’s Eve in Time’s Square.  Take a horse-drawn carriage ride through Central Park or take in a Broadway or Off-Broadway show.  Eat some real Nathan’s Famous Hotdogs and try authentic New York pizza.  Stay in the Waldorf Astoria, Ritz-Carlton, or the Plaza hotels, or just visit them to say you’ve been there.  New York offers the Guggenheim and Metropolitan Museum of Art.  You can stand on the Brooklyn Bridge and remember what the skyline used to look like.  New York is a part of every American.  Pop culture is born there.  Come visit on your honeymoon and when you see the next movie set in NYC, you can say, “Hey, I’ve been there!”

DC is the political and intellectual center of the United States.  It is to business and brain what NYC is to entertainment and excitement.  Washington, DC is home to the Smithsonian Museum.  Visit the Air and Space Museum and see Amelia Earhart’s plane and the Wright brothers’ Kitty Hawk.  See the way we were in the Natural History Museum and who we are in the Portrait Gallery.  Visit the Lincoln Memorial and the War Memorial.  Walk by the White House and take pictures in front of the Washington Monument.

Try honeymooning in Boston in the fall.  Autumn is spectacular on the East Coast, with bright colored leaves to treat the eyes and crisp, cool air to refresh the spirit.  Early to mid-October is the best time to visit for peak fall color.  Put on a scarf and pea coat and walk around Boston Common, America’s oldest park, with your new spouse. Take the Beantown Trolley to tourist attractions or visit Beacon Hill’s Cheers bar, the actual bar from the TV series.

Stay at Pinecrest Bed and Breakfast just 20 minutes from Portland, Maine.  Hike at Acadia National Park, the only National Park in New England.  Kayak on an Aquaterra Adventure or see lighthouses on an Eagle Island Tour.  Try to track down settings from Stephen King novels or find out where Edna St. Vincent Millay lived.  Find out which restaurants have the freshest Lobster, and spend lazy nights walking the coast with your sweetheart.

The government is to run the East Coast Main Line after National Express abandons its franchise.. Follow us on twitter at http://twitter.com/itn_news