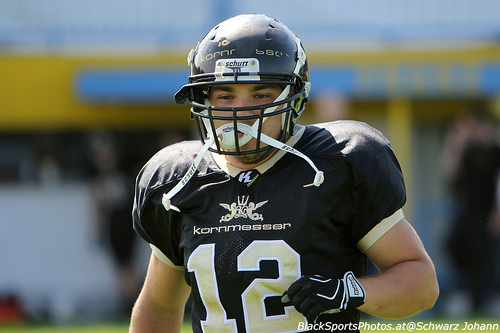 These 3 college football teams are considered the top teams among colleges, based on their history, performance record and current form.

University of Florida is represented by Florida Gators football team in the Eastern Division of Southeastern Conference. The home games are hosted on Florida Field at Ben Hill Griffin Stadium also commonly known as “The Swamp”. 2009 will the 5th season for the team under the coach Urban Meyer.

The University of Florida shifted from Lake City to Gainesville in 1905. James Forsythe coached them for 3 winning seasons. In 1909 the team was coached by G.E. Pyle. In 1910 for the first time, Gators came face to face with most of their current rivals. They for the first time faced South Carolina in 1911 and Auburn and then Georgia in 1915. They became member of Southern Conference in 1922. Gators later became members of Southeastern conferences in 1932. Gators tasted their first long-term success in the 1960’s under Coach Ray Greaves. The 1984 team which was famously known as “The Great Wall of Florida” is considered one of the best teams in Gators’ history. Glen Hall was the successful coach of the team from 1984 to 1989. The 1990s were the golden years in the history of Gators. They finished in the SEC for the 3rd time in 1990. They won SEC championship in 1991 for the first time. Then they won SEC championship games for four years from1993 to 1996. They again won the championship in 2000. Urban Meyer was appointed the head coach in 2005. They again won the SEC title in 2006. They also won the 2009 BCS National Championship Game in January, 2009. The main rivals of Gators are Florida State, Georgia, and Miami.

The Texas Longhorn football team represents the University of Texas in Austin, Texas. In 2008 they became the second team when they achieved 832 wins passing Notre Dame’s 831 wins. They ranked no. 2 among the seven, who have won 800 or more than 800 games. They ranked third with winning percentage of 71.8%, no. 2 in bowl game appearances and no. 8 for the number of games played. Four Division-1A national championships have been won by Longhorns in 1963, 1969, 1970 and 2005. In 2008, Longhorns have been ranked seventh among the college football programs since 1936 by ESPN. Home games for Longhorns are hosted at Darrell K. Royals ? Texas Memorial Stadium in Austin. Mack Brown is their current head coach.

The USC Trojans football program was started in 1888 and is the member of NCCA Division 1A and Pac-10. Pete Carroll is their head coach currently. Trojans ranked no. 5 consistently in AP and BCS polls in recent years. UCA has bagged eleven national championship titles and won most numbers NCCA’s men’s team and individual title than anyone else and is ranked 3rd in co-ed team titles. Their main rivals are Notre Dame, UCLA, Stanford and California. USC Trojans play their home games at Los Angeles Memorial Coliseum, one of the largest stadiums in United States.