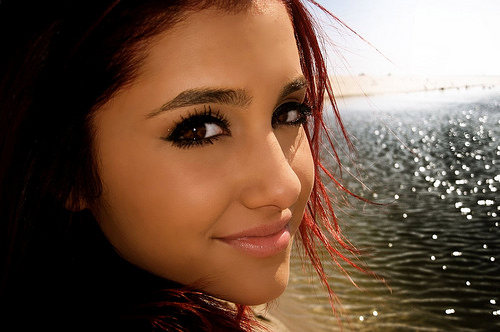 While we are faced with new threats to our wealth in the 21st century, traditional risks like lawsuits, high-pressure sales techniques and risky investments continue to plague all investors. In addition, we should add the dangers of some questionable financial jurisdictions, unethical promoters, and the growing political risks to your investments with a reminder that you can expect no reprieve from parasites of all persuasions after your hard earned wealth.

“An American legal system that too often turns litigation into a weapon against guilty and innocent alike, erodes individual responsibility, rewards sharp practice, enriches its participants at the public’s expense, and resists even modest efforts at reform and accountability.” — Overlawyered.com

Most Americans will find their wealth threatened on a regular basis from outrageous lawsuits from ex-spouses, partners, close friends, and confidants far more often than with other traditional risks. The reason is the typical unwarranted lawsuit is just an attack on your assets by a greedy plaintiff and lawyer out for his cut; there is nothing personal in the effort other than greed. With someone close to you, it is necessary to add the human emotions of revenge, hatred, anger and retribution. They do not simply want your money, but they are often out to destroy you and your life, and there is no better way to do this than to destroy you financially.

The reason your wealth is so threatened has everything to do with human nature. All over the world people have the same problems with personal relationships, through friendships, marriages, and business associates. We Americans are not necessarily more greedy or lawsuit-driven by some primitive, defective genetic trait than our European cousins. The difference boils down to two simple and deplorable facts:

1. The United States has 90% of the lawyers in the world– over one million, and far less than 10% of the world population.

2. This special interest group exerts tremendous pressure and influence on our government and the regulatory environment. As a result, we are one of the only nations in the world that allows lawyers to work on a contingent fee basis and collect outrageous fees from punitive damage awards.

Due to the extensive lobbying power of the legal profession and a court system that is favorable to this activity, I believe every American citizen is at real risk to the litigation disease that is sweeping the wealth of our nation into the dirty pockets of dishonest plaintiffs and an often prejudiced judicial process. And I am not just talking about a certain type of investment; all of your wealth and property is threatened in the United States today. Even if it is in protected, domestic structures, such as annuities, that have some asset protection depending upon your state of residence, or home exemptions, real estate, retirement plans, or domestic trusts, there is no safe protected wealth in our nation today. Frankly, the only real and protected wealth is outside the United States–away from a legal system that tends to transfer wealth from those who have earned it to plaintiffs and their lawyers out to take your property.

Let me tell you a true story about a friend and client who was very successful financially, amassing a substantial net worth. Like most people of high net worth, there were always those out to sue him for one reason or the other. He became somewhat concerned about one particular lawsuit so, against his lawyers advice, he placed a good portion of his wealth in his wife’s name for safekeeping and asset protection.

Sometime after the lawsuit threat disappeared, he received a knock at the door. He was being served with divorce papers. He exclaimed, I haven’t seen my wife since breakfast this morning, but you must have the wrong house. He closed the door laughing but soon found out that it wasn’t a mistake. She had decided to keep the portion of the assets transferred to her name and then sued him for half of the rest. In addition, she went to the Internal Revenue Service and turned him in for some earlier indiscretions and omissions with the tax authorities. Who knows, she might even have requested the additional 15% IRS reward for ratting on her husband.’

“To live on loot appears to be no further removed from evil than to take the loot”. — Leonard Read

Yes, the IRS will even pay snitches a percentage (up to 15%) of the confiscated assets or money due. See IRS Form 211 Application for Reward for Original Information. Here is some of the small print on Form 211:

“This application is voluntary and the information requested enables us to determine and pay rewards. We use the information to record a claimant’s reward as taxable income and to identify any tax outstanding (including taxes on a joint return filed with a spouse) against which the reward would first be applied.” The form goes on to state, “I am applying for a reward, in accordance with the law and regulations, for original information furnished, which led to the detection of a violation of the internal revenue laws of the United States and the collection of taxes, penalties, and fines. I was not an employee of the Department of the Treasury at the time I came into possession of the information nor at the time I divulged it.”

I had a friend and client who married a seemingly nice lady who had several children from an earlier marriage. She was good to him, they enjoyed a happy marriage, and he even came to love her children as his own. She soon suggested that he adopt the children, which he gladly did. After he had officially adopted her children, she immediately left him, demanding half of his net worth and child support for the children. She won on both accounts and he was forced to pay an outrageous amount of child support until the children reached age 18, though he was nearly completely cut off from a relationship with them. Such is the “justice” of the American court system.

Consider another investment client for whom I managed the substantial excess funds in his corporations account. One day he requested a check for a few hundred thousand dollars and of course we mailed it out. A few days later he called complaining about the drop in our personal service and attention to detail as he still had not received the check. I determined that the check had in fact been mailed out and went on about my work. About a week later, he called angry about our incompetence, as he still had not received the check and this money was desperately needed to meet some major bills due for his business. I researched the situation and later found out that the check was endorsed and cashed by his wife, also an officer for the company. She apparently had deposited the check in her personal account, which she had every right to do as a corporate officer. When confronted with the “monkey business” she announced that she was leaving him.

“The first thing we do, lets kill all the lawyers.” — William Shakespeare; Henry VI

Although all of the above instances involve ex-spouses, the same kind of thing goes on all the time with business partners, girl and boy friends, mistresses, and other friends and associates. The point is that most high-income individuals have more to fear from the above than any other single threat.

Legal advertising, combined with too many lawyers who are looking to create business for themselves, compound this threat. Understand human nature and listen to Mark Twain’s advice about familiarity breeding contempt. Visit any courtroom and look at the case docket and you will see he was right on the money. Wealthy Americans should create a wealth preservation plan that does not require the permanent loyalty of friendship, love, marriage or a business relationship to remain intact, in order for you to secure your wealth and property.