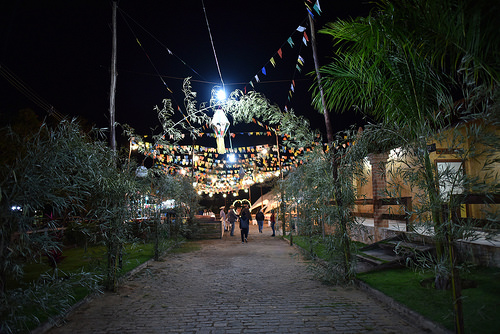 There are dozens of countries in the old world and the new where you could get this disfiguring and potentially fatal disease. However in the past 2 decades most of the press has been on soldiers returning from the Middle East with this disease.

Leishmaniasis is not a single disease, but a group of syndromes due to a variety of species of this parasite. The affect different populations and are related to a characteristic vector, the sandfly.

The disease can range from asymptomatic infections to those causing significant illness and death. Disease can appear on a spectrum from a single skin ulcer to destructive lesions of the face to terminal organ disease.

Leishmaniasis is found in 88 countries worldwide and is broken down between Old World and New World.
Old World leishmaniasis is primarily found in parts of Asia, East and North Africa, Soouthern Europe and the Middle East.

New World leishmaniasis occurs from northern Mexico to northern Argentina, with rare cases reported in parts of Texas and Oklahoma. In South America it is not found in Chile or Uruguay.

Leishmaniasis in the US is typically indicative of immigration and travel.

The vector for this parasite is a phlebotomine sandfly. There are a few different species implicated depending on the part of the world.

Sandflies are very small (about 1/3 the size of a mosquito) and make no noise when flying. There bites can sometimes be painless; because of these reasons, many people have no idea they were bitten.

Even one bite of a sandfly can transmit disease, so travelers on short trips can still get infected.

When the female sandfly takes a blood meal it injects the parasite into the wound. Macrophages pick up the parasite and here they multiply until the cell bursts from overcrowding. The parasite goes on to infect more macrophages.

Some of these cells get carried to organs of the body incuding the liver, spleen and the bone marrow.

There are several species of Leishmania that cause disease in humans. The most common are Leishmania donovani (kala-azar), L. tropica (Baghdad boil), and L. braziliensis (espundia).

After getting bitten by a sandfly, disease may manifest itself from a week to many months later.

It starts out as a papule that enlarges to an ulcer. The ulcer can give the appearance of a volcano crater. Lesions may appear singly or multiple; many heal spontaneously within weeks to months to years.

Certain species (L. braziliensis) can disseminate to the mucosal areas of the face and mouth and cause very destructive and disfiguring disease (espundia) that appears similar to leprosy.

Kala-azar, an Indian name given to systemic type of the disease due to the grayish appearance of the body, can result in enlarged spleen and liver, diarrhea, emaciation, weakness and death.

Laboratory diagnosis I usually based on stained microscopic examination of the infected tissue. More specialized techniques like culture, molecular techniques and antibody detection are available but are not available in most diagnostic laboratories.

If you get leishmaniasis, your doctor should consult the Centers for Disease Control and Prevention (CDC) for treatment guidelines.

So you plan to travel to a part of the world where leishmaniasis is endemic, what can you do to prevent the horrible disease?

There is not a vaccine available to prevent leishmaniasis. The best way is to avoid sandfly bites. The CDC recommends the following:

Avoid outdoor activities, especially from dusk to dawn, when sand flies generally are the most active.

When outdoors (or in unprotected quarters):
 Minimize the amount of exposed skin. To the extent that is tolerable in the climate, wear long-sleeved shirts, long pants, and socks; and tuck your shirt into your pants.
 Apply insect repellent to exposed (uncovered) skin and under the ends of sleeves and pant legs. Follow the instructions on the label of the repellent. The most effective repellents are those that contain the chemical DEET (N,N-diethylmetatoluamide).

When indoors:
 Stay in well-screened or air-conditioned areas.
 Keep in mind that sand flies are much smaller than mosquitoes and therefore can get through smaller holes.
 Spray living/sleeping areas with an insecticide to kill insects.
 If you are not sleeping in a well-screened or air-conditioned area, use a bed net and tuck it under your mattress. If possible, use a bed net that has been soaked in or sprayed with a pyrethroid-containing insecticide (permethrin or deltamethrin). The same treatment can be applied to screens, curtains, sheets, and clothing (clothing should be retreated after five washings).