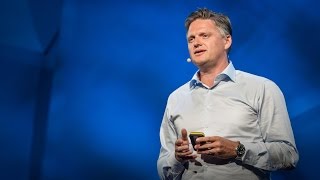 Two reasons companies fail — and how to avoid them | Knut Haanaes

Is it possible to run a company and reinvent it at the same time? For business strategist Knut Haanaes, the ability to innovate after becoming successful is the mark of a great organization. He shares insights on how to strike a balance between perfecting what we already know and exploring totally new ideas — and lays out how to avoid two major strategy traps.

TEDTalks is a daily video podcast of the best talks and performances from the TED Conference, where the world’s leading thinkers and doers give the talk of their lives in 18 minutes (or less). Look for talks on Technology, Entertainment and Design — plus science, business, global issues, the arts and much more.
Find closed captions and translated subtitles in many languages at http://www.ted.com/translate