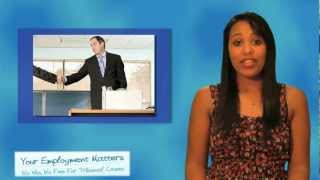 As unemployment levels continue to soar and redundancies are commonplace, now would be the time to know your employment law more than ever.

Unfair dismissal is one of the most common reasons why workers take their employers to employment tribunal; however, it should not be confused with constructive dismissal.

There is also the issue of being unfairly dismissed automatically. If you are dismissed because you tried to exercise one of your legal employment rights you could have a claim for unfair dismissal. This includes asking for maternity leave, the right not to be discriminated against, the right to request flexible working arrangements and more.

Constructive dismissal is a form of dismissal. It’s when an employee has been forced to quit their job against their will because of their employer’s behaviour. This could be when your employer has committed a serious breach of contract or you felt forced to leave because of that breach.

The reason for leaving you job must be serious and there must also be a fundamental breach in your contract for you to be able to take this to an employment tribunal. For example, if you were not paid, suddenly demoted for no reason or forced to accept unreasonable changes to your job such as suddenly being told to work in another town.

Leaving your job should be a last resort but if you do have a case and you think you can show it was unfair then it’s advisable to leave your job as soon as possible.

For more information and to see if you have a claim, contact your employment matters.co.uk today.