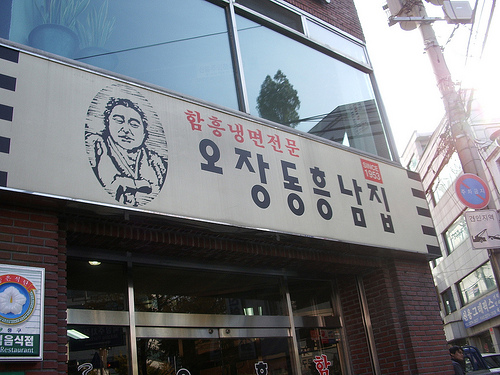 For 60 years, North Korean war has ended, and the people generally do not give a second thought to the word “war”. In Western countries, the war by the United Nations was considered as a “peace action” for UN members including the US. To North Korean people, that is the war of national liberation. Around 40,000 U.S. soldiers were killed in the war on Korean Peninsula which lasted for about three years (1950 – 1953). It was not until the commander of UN forces, the North Korean People’s Army and Chinese voluntary forces signed a ceasefire agreement that the war ended. Let’s have a look at unpublished images of North Korea in war.

Soldiers during the Korean War

Korean soldiers away from about 240 km behind the front line

The American troops and UN forces were watching Jack Benny Program in July, 1951

One man was carrying the child to cross the river from North Korea to South Korea in March, 1951

Seoul was devastated in the combat

U.S. troops withdrew after the battle at Chosin Lake. A group of walking soldiers was followed by trucks loaded with the dead

U.S. soldiers was patrolling in Korea in 1952

Since 1955: The World Press Photos of the Year