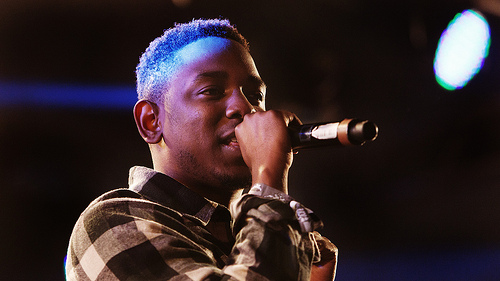 Up In The Air sits itself comfortably in my list of favourite films of the last year, it’s been showered with awards gaining eight Broadcast Film Critics Association, six Golden Globe nominations , three Screen Actors Guild nominations, six BAFTA nominations and six Academy Award nominations including Best Supporting Actress nominations for both Vera Farmiga and Anna Kendrick. Check out my interview with the both of them below.

The script has been nominated for nearly every award going, how did you assess your character when you first read them?

Vera Farmiga: I didn’t have the luxury of reading the script and knowing what happens in the end so I had some preconceived ideas. It was challenging to play a woman who is very much like a man and often it was a fine line to tread, to have the softness and yet be forceful unapologetically and make demands you usually see men make in scripts, I really like the male perspective on heartbreak which I hadn’t read much of before.

Your character is a bit more explained, what made her appealing?

Anna Kendrick: Well first off it’s a rare thing that you have this girl who’s so intelligent and complicated and her character does not revolve around a romantic storyline, that was fascinating in itself for me, it just doesn’t happen, you don’t read scripts like that. In real life I’m usually pretty timid so I guess I’m excited to play someone who tells people off and to tell off George Clooney was pretty awesome (laughs).

One of my favourite scenes in the film is when you go to pieces in the airport after you get the message from your boyfriend, how did you prepare for that?

Anna Kendrick: I don’t actually remember what was in the script other than she just starts crying, I knew that some of the scenes are in some ways really heart breaking and there’s a desire to play it that way but I knew it was supposed to be funny, but that it couldn’t be funny for me . It was a long day of trying different noises (laughs), it was kinda of brutal because all day I was so upset, Jason would demonstrate sometimes because he knew I was running out of juice. We had to get something that was not funny to me but hopefully to other people.

Anna Kendrick: At times it was a little uncomfortable, when I had that little wobbly it was in a hotel lobby that we sort of shut down, there weren’t that many looky loo’s but there was still this space and even though the people were extras and apart of the film, you don’t know them so it was sort of embarrassing, I think on that particular day it was less about the people and more about the space.

Vera Farmiga: For me it most often controlled or closed sets, for me what I found most interesting was the fanaticism for George Clooney, that was overwhelming, it was so odd, for me no one ever knows who I am, they probably think I’m a producer, but watching George just opening a door and seeing a standing ovation that goes blocks and blocks from him just peaking his head out. He’s so gallant and gracious with it, I didn’t find it very difficult though working in public places, I think its more difficult for the crew than the actors.

Your character has her views on love and life challenged in this film, how did you find that? Especially with someone like George Clooney trying to bring you over to the lone wolf side of things.

Anna Kendrick: My character had very specific ideas with what she wants and what she expects, I don’t have many of them same ideas, I know that there are things in life I want that I won’t get and refuse to except just yet, but her views on love are not my views on love.

You’ve gone from playing a small role in Twilight to play a big role in this, how did you feel when you got this role?

Anna Kendrick: I was shocked beyond belief, I thought Jason hated me, my audition was very strange, I think Jason was trying to sike me out by not showing any enthusiasm, but when I got the job I was so shocked, I thought he’s just like that, he’s gonna be a tyrant on set, but he’s very very nice, I was very surprised, thrilled beyond words. I didn’t really really think George was doing it, I thought that would be too good to be true, for a script to be this good and working with George Clooney I just thought it was rumoured.