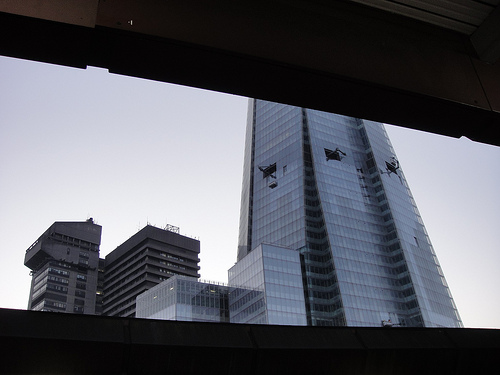 Travelling by train is a wonderful way to discover Great Britain whose trains are clean, well- maintained, and comfortable for short or even long trips. Travelling by train, you get to lean back and do nothing exception for enjoying the scenery. Take Victoria Station – the second busiest rail station in London for example: every year, travelers pass through here are twice more than fly through Heathrow.

Short haul and cross country trains go to virtually every part of Britain from the nine major train stations in London. The best known are Paddington, St. Pancras, King’s Cross, Waterloo, and Victoria Station. You may remember Victoria Station as the site of the cloakroom where Earnest Worthing was found in a handbag in Oscar Wilde’s The Importance of Being Earnest.

At that time – Victoria Station was relatively new – it opened in 1860. Today, it’s London’s second busiest rail station. More than 115 million travelers pass through Victoria Station every year – which is twice the number of passengers Heathrow Airport handles.

If you’re traveling to destinations in Kent, Surry, or Sussex, you’ll leave from here. You can also catch the Gatwick Airport Express here. The glamorous Venice Simplon Orient Express train begins its journey to Istanbul from Platform 2.

When Victoria Station first opened, there were two separate stations. The west side was owned by the Brighton Line and had ten tracks and six platforms. There were nine tracks on the other side, which was owned by the Chatham Line. The stations were remodeled in 1908 with the Chatham station being faced in white stone and the Brighton Station being finished in red brick.

The two stations were joined in 1924 when the wall separating them was removed.

Britain’s train service still isn’t nationalized and there are many private lines providing service throughout the British Isles. But schedules and fares are coordinated by the National Rail.

In the 1980s, the Victoria Place shopping center was a welcome addition, offering travelers more than twenty boutiques and restaurants, including a sushi bar and a Krispy Kreme Doughnuts. Victoria Station shops include Boots, Tie Rack, W.H. Smith, and other popular retailers.

There’s a taxi rank in front of both terminals and there’s a subway or tube station on the lower level. So you can connect from Victoria Station to almost anyplace in London. If you’re flying into Gatwick, you can take the Gatwick Airport Express to Victoria Station and then take a taxi or the tube to your final destination.

The station is so vast that it’s a good idea to arrive twenty to thirty minutes before your train. This will give you time to pick up something to eat or drink — usually what’s sold in the station is better than what you can buy on the train – and find the location of your platform.

As a rule, British trains run on time, and they wait for no man. Give yourself plenty of time so you won’t have a mad dash to make your train.