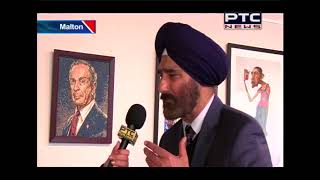 Niagara Falls, which lies on the Niagara River and on the border between upstate New York in the US and Ontario in Canada, is considered as one of most favored tourist sites on the North American continent. Actually, there are three separate falls: America Falls located between Prospect Point and Luna Island, Bridal Veil Falls positioned between Luna Island and Goat Island, and Horseshoe falls situated between Goat Island and Table Rock. The first two falls are attributed to the US in terms of their principal location, while Horseshoe falls are predominantly situated in Canada, albeit around one third is located over the US border.

In terms of volume of water, Niagara Falls, which was formed in the last Ice Age, is the second biggest waterfall in the world, after Victoria Falls, which lie between Zimbabwe and Zambia in Africa. The highest waterfall in the world is Angel Falls in Venezuala, with a drop of around nine hundred and seventy nine metres, significantly higher than any of the falls that comprise Niagara, which average around one hundred and seventy feet.

Niagara Falls can be reached by air. Flights operate to Buffalo in New Your and Toronto in Ontario. Shuttles, car hire and taxis are available to transport you to the falls. The Falls can also be reached by rail and bus services. Tourists will need to check visa requirements before embarking on their trip. There is also plenty of hotel accommodation around the Falls. Car parking is also available but it can be scarcer during the busy summer months and can also prove somewhat expensive.

With an estimated fourteen million visitors every year, from within the United States and Canada and many international locations, Niagara represents one of the most popular natural tourist sites. Anyone who is in the vicinity of North East America should ensure that they do not miss the opportunity to view on of the true wonders of the world.