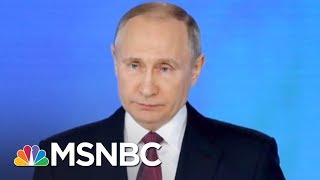 The current Russian Prime Minister Vladimir Putin is considered as one of the most powerful celebrities worldwide. People can know more about his intelligence, personality and passion through real-life photos, which capture normal but unforgettable moments of the former KGB man. Unlike many country’s leaders, Putin often makes appearance in wildlife reservations, in public and even in motor racing competition. He is also seen to go hunting or fishing, play with children, visit the research centers, ride high-speed vehicles and refuel a car at the petrol station. Now, let’s encode his images and find out why the prestigious politician has much positive impacts on others.

Putin sat in the cabin of a Russian firefighting aircraft on Aug. 10

Putin drove an F1 race car on the special track outside St. Petersburg on Nov. 7

Russian Prime Minister Vladimir Putin kissed a baby during his visit to Nevskaya Dubrowka dormitory outside St. Petersburg on May 29, 2010

Putin played tic-tac-toe game with the schoolchildren in Tyumen

Medvedev and Putin played billiards on vacation in the Black Sea resort of Sochi on Dec. 3

In a new interview, Russia leader Vladimir Putin says Donald Trump is someone he can negotiate with adding that he thinks the U.S. political system “has been eating itself up.” The New York Times’ Peter Baker joins to discuss.
» Subscribe to MSNBC: http://on.msnbc.com/SubscribeTomsnbc