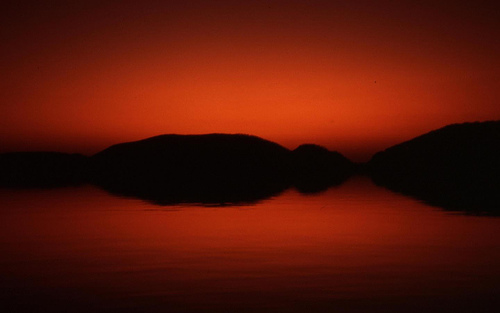 Tip 1: No matter how catchy the deposit plans seems, try and pay it off as soon as possible for there are always price hikes in a week or two before the busy season of flights begins (July to September, November to January and March, April).

Tip 2: Booking with travel agents is usually cheaper than booking online or other ways. As they often buy seats in bulk and get huge commissions and bargains to manage selling them cheaper for big number of sales.

Tip 3: Always double check your flight schedule by calling the airline at least one day before departure and one day before return as the flagship and only direct flight, Air Zimbabwe often go through rescheduling flights by difference of hours.

Tip 4: Get your hotels book through agents before leaving your country as where there is a sound of “an accent” the price goes up in Zimbabwe. Your agent in UK may have local level contacts and book you a much cheap flights to Zimbabwe as well as accommodation. Remember tourists are charged higher always – it’s a universal rule isn’t it!

Tip 5: Don’t be shy to Bargain in the open flee-markets and at the craft shops. Also to make them agree on a rate you propose, if bargain is not working try walking away as if you will not buy at all, they will call you within a minute. Or if they don’t than it means the last rate you were getting was the actual rate, shop around and get back later to buy from them with a smile on your face, they won’t mind to sell.

Tip 6: While roaming around be careful not to pull over, park or stand in front or in close proximity of the President’s palace as people often complain about getting beaten, threaten, punished and an incident of getting shot as well on entering and stopping in the supposedly “red zone”. Also never to mess with the president’s protocol, stay where you are when the entourage is passing and strictly follow the rules of the army.

Tip 7: Always remember, you are only a guest in the country so keep your comments to yourself. Do not be judgmental of the Government or get talking about the politics or religion. Only enjoy your time and be a spectator not a participant for your own safety as the Government is strictly intolerant to criticism.

Tip 8: Watch for your attitude. Keep a moderate smile at most instances when conversing with the locals. Bad attitude only brings on problems; remember you are not at home! However, if you will extend a friendly smile it will be reciprocated in much more than just smiles and you will end up making many good friends for a life time.

Tip 9: Stranger is a stranger after all so there is no harm in politely refusing the offers to buy a coke and a bun or to decline invites to a dinner party at an unknown location or uninvited guide services. Be more watchful of those who insist and have a professional sort of asking style, I am sure you will be able to differentiate the mugs from the genuine majority of locals always eager to help their guests. For a guide, rather use the services of your hotel or travel agency.

Tip 10: Never take uncalculated risks such as asking “add it to the bill” or “to the room” trade in cash strictly and get your currency exchanged from valid franchises preferably, get it done before leaving as there are two rates of currency conversion in Zimbabwe, an official and an unofficial one, with a difference of about 80% between them. Watch for it!!!