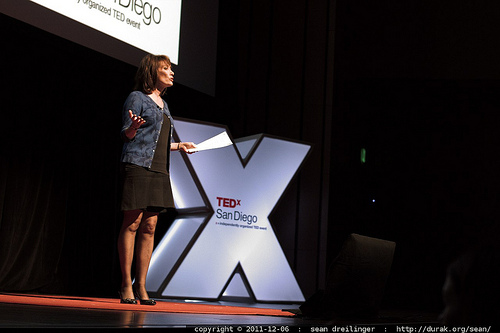 I often get emails which ask me about the variables that will make or produce a girl baby or a boy baby. Examples are things like: “If I conceive in September, will I get a boy or a girl?” Or, “if I conceive before or after ovulation, does this mean I’ll get a son or a daughter, or is this up in the air?” In the following article, I will give the information that will help you to understand which things affect the gender of your baby and which just don’t matter. Hopefully, this will give you the information to allow you to answer these questions (and many others) yourself.

What Is The Number One Thing Which Affects If You’ll Make A Boy Or A Girl?: If I had to boil gender determination down to only one thing and one thing only, it would be this. If a Y sperm chromosome fertilizes your egg first then you will most definitely get a boy – assuming that nothing goes wrong and you have a live birth. If it’s an X that does the trick, you may have Disney Princesses in your future. If the father-to-be is reasonably healthy, then he should have roughly equal amounts of X and Y sperm chromosomes most of the time. (There is some speculation that there are more Y’s in the winter and fall, but this has yet to be studied enough.) So, you could consider this sort of a game of chance, where either the X or Y are in the right place at the right time, but that would be simplifying it way too much.

The truth is, the X and Y behave in very different ways and respond very differently to different things. For example, time and acidity is an enemy to the Y’s, while an alkaline environment and conceiving late favors the Y’s and is not all that great a scenario to the X’s.

It really comes down to this. The Y’s or boy sperm are very vulnerable to even a few extra days or a slightly higher PH (even a few numbers up or down can make a difference to them.) The X or girl sperm are stronger and more hardy and can withstand far more (in terms of time and acidity,) but they are also a bit slower moving.

How Timing Is Important In Gender Determination: Let’s start with timing. Knowing that the Y or boy sperm can not live as long as the X’s, if you want a son, then you will need to have intercourse as close to your ovulation day as you make it. The best case scenario is that you have intercourse as soon as you get a “positive” from whatever ovulation predictor that you have in your arsenal. It’s important that you have one which is very reliable as even a day or two either way can make or break this.

You would want to do the opposite if your goal is to produce a girl baby. You would want to be early rather than late. Ideally, you should shoot for 3-4 days before ovulation. This may sound simple, but this can be more difficult to track because most ovulation predictors only give you a “positive” once the egg has already made it’s trip. That’s why I really like saliva predictors for folks who are trying for a daughter or girl. This type shows you what you need to know much earlier.

I believe that the month or the day of the week does not matter. It really comes down to when that egg is ready to be fertilized – whenever this may happen.

How Your Acidity Makes A Difference To Your Baby’s Gender: Another thing that is really important is whether you have a high or low vaginal pH. I’ve already discussed how a high pH is an enemy to the Y or boy sperm. You will need to know your pH when you start this process because changing it might take you a month or two, depending on how high or low you are right now.

If you want to conceive a boy, you want to make your pH or your acidity lower through either your diet, or douching, or both of these methods happening at once. Likewise, if you want to make a girl, then you will want a high pH. In other words, you will want to be more acidic than alkaline. But how do you know which you are? You can get pH strips at health food stores or pharmacies. Once you have a number, then you will want to have a plan as to how you are going to raise or lower this. It really comes down to consuming high pH foods for a girl and low ones for a boy. Or, you can try douching as an alternative or as an addition to this. Continue to use the strips to see if you are being successful or when you are at your goal level. (This may take a month or two so plan accordingly.)

How Sexual Positions Influence Baby Gender: Many people are aware that sexual positions have some influence on gender, but of these three variables, this one makes the least amount of difference. If you aren’t doing the other two, it’s unlikely that this one will be enough. However, this is very easy to control and you don’t need to plan in advance for it. Simply, you want the sperm closer to the cervix for a girl and further away for a boy. This is simply a matter of distance as the X sperm can easily make a longer trip than the Y’s can.