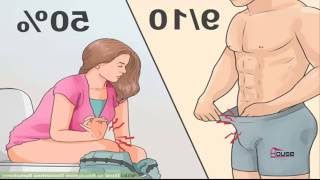 what is symptom of Gonorrhea

What is gonorrhea?
Gonorrhea is an STI that is caused by the bacteria Neisseria gonorrhoeae. It is an especially serious problem for women because it can damage the female reproductive organs.

Who gets gonorrhea?
In 2014, gonorrhea affected more than 162,000 women in the United States.1 Gonorrhea most often affects women ages 15 to 24. But, gonorrhea is becoming more common in older women too.1

How do you get gonorrhea?
Gonorrhea is spread through:

Vaginal, oral, or anal sex. Gonorrhea can be spread even if there are no symptoms. This means you can get gonorrhea from someone who has no signs or symptoms.
Genital touching. A man does not need to ejaculate (come) for gonorrhea to spread. Touching infected fluids from the vagina or penis and then touching your eyes can cause an eye infection. Gonorrhea can also be passed between women who have sex with women.
Childbirth from woman to her baby
What are the signs and symptoms of gonorrhea?
Most women with gonorrhea do not have any signs or symptoms. If you do get symptoms, they are often mild and can be mistaken for a bladder or vaginal infection.

Signs or symptoms of gonorrhea depend on where you are first infected by the gonorrhea bacteria.

Signs and symptoms in the genital area can include:

Testing is very important, because women with untreated gonorrhea can develop serious health problems. If you are tested for gonorrhea, you also need to get tested for other STIs, including chlamydia, syphilis, and HIV.

How is gonorrhea diagnosed?
There are two ways that a doctor or nurse tests for gonorrhea:

How is gonorrhea treated?
Your doctor or nurse will give you antibiotics to treat gonorrhea. The antibiotics are usually a pill you swallow.

Although antibiotics can cure gonorrhea, they cannot fix any permanent damage done to your body. For this reason, it is important to get tested and to take the antibiotics as soon as possible.

For the antibiotics to work, you must finish all of the antibiotics that your doctor gives you, even if the symptoms go away. Do not share your antibiotics for gonorrhea with anyone. If symptoms do not go away after treatment, see your doctor or nurse. It is possible to get gonorrhea again if you have sex with someone who has gonorrhea. Tell your recent sex partner(s) so they can be tested and treated.

Pelvic inflammatory disease (PID), an infection of a woman’s reproductive organs. PID can lead to chronic pelvic pain, pregnancy problems, and infertility, meaning you can’t get pregnant. Untreated gonorrhea is a common cause of PID.
Higher risk of getting HIV or spreading HIV
Although it does not happen very often, gonorrhea can cause widespread infection in other parts of the body, such as the blood, joints, heart, or brain. This can lead to death.
What should I do if I have gonorrhea?
Gonorrhea is easy to treat. But you need to get tested and treated as soon as possible.

If you have gonorrhea: