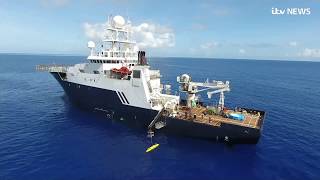 It is important to ensure that you are using the correct size satellite dish to receive the channels you want to watch. A Sky minidish, used in the UK, is pretty much useless for reception on the Costa Blanca. Many channels can be received on an 80cm dish, but if you want to watch the main UK television channels, like BBC ITV C4, then a much bigger dish will be required.

Generally to receive the main UK television channels, like BBC ITV C4 , in the Costa Blanca area, either a 1.8 or 2.4m satellite dish is required.

With a 1.8m or 2.4m satellite dish, you should receive BBC1, ITV1. ITV2, ITV3, ITV4 for 24 hours a day. However, you may find that even on a 2.4m satellite dish you may loose bbc1 and the ITV channels late at night, when the signal is weakest.

In some northern areas of the Costa Blanca BBC2 and Channel 4 should be available until around 6pm. The Freesat version of FIVE will also be available for the same times as BBC2.

In some southern areas of the Costa Blanca BBC2 and Channel 4 should be available from around 6pm. The Freesat version of FIVE will also be available for the same times as BBC2.

The majority of the Sky subscription package is available 24 hours a day.

Some channels, particularly the Sky Movies channels, may fade out during the late afternoon. These channels are on the notoriously tricky North beams.

Of course the size of satellite dish is dependent on a few things such as what channels you want to watch, what is your budget, your location, and where to site the dish.

Don’t forget the the weather can affect the reception of channels – heavy cloud or rain can weaken the already weak signals – it is not always sunny in Spain. Summer haze around the coast can also weaken the signals.

The wreckage of the aircraft carrier USS Lexington, which was sunk by the Japanese in World War II, has been discovered by an expedition funded by Microsoft co-founder Paul Allen.

The expedition team announced that the wreckage of the Lexington was found on the seabed in waters 3,000 metres deep, more than 500 miles off Australia’s east coast.