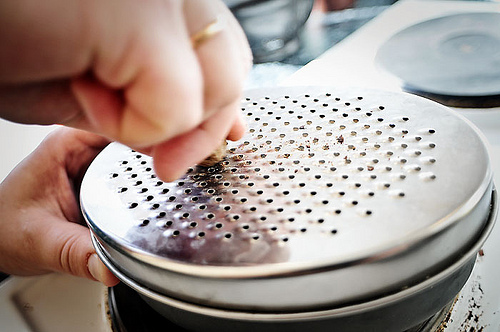 Your boss walks into your cubicle and drenches any plans of you roaring at a game. Another project has become urgent. One that you knew was out there, but your boss didn’t express any concern about timeframes when you approached him the previous week.

What happens when your boss is a cross between Attila the Hun and a Mack truck? He only moves into gear when the battle of the deadline approaches.

Knowing how to stand up for yourself is a key skill every employee needs to learn. At sometime, any one of us can lay claim to the fact that we are overworked or treated unfairly. Bosses mismanage, don’t manage and micromanage. Some do all three.

Dealing with them requires professionalism, even when you don’t feel they deserve an ounce of it.

It’s critical to your personal success to be able to stand up to the boss when their behavior gets out of whack. Yes, times are tough out there. Data shows that with the declining economy, fewer are willing to say, “Take this job and shove it.” The question becomes, “Can you keep the job and shovel around it?”

Some bosses make demands that make sense to them, but not to the staff. Let’s say your boss is a workaholic morning person. All meetings are in the early AM, before the normal days starts. You don’t get paid extra for the show up early demand, and frankly don’t care.

What you care about is the time factor-getting in 45 minutes early is a problem. With three school kids under 10, your mornings are like a three-alarm in a fire station. Leaving early to attend the mandatory staff meeting doesn’t rate even one-alarm. Your co-workers also have early AM challenges.

What do you do? Ask your boss for an appointment, one that won’t take more than 15 minutes. Next, choose your words wisely. This isn’t the time to come in with a laundry list of complaints. If it’s the early AM meeting issue, then that’s what you focus on. If you know he likes coffee, bring a cup with you.

Ask if there is a specific reason why meetings are held so early-lay out your problem, including that most of the staff are having childcare and school drop-off problems. Then listen.

You will hear a variety of responses including one of convenience; it allows for a full work day; it’s not so rushed and everyone can chit-chat before the meeting and day starts; and, because that’s when I want it.

Listening allows you to grab a portion of the response and use it to shape your response and offer back. If it’s one of chit-chatting, you can agree that it does take up a lot of time.

“How about if everyone agrees to forego all the catch-up and schmoozing and just jump into the meeting? That will allow us to start 45 minutes later. We will be less stressed out and will be able to be more focused and productive when we start. Would that work for you?”

When you stand up for yourself, you take a pro-active position within the workplace. You want to avoid being accusatory or confrontational. Calm and cool is the motto here; when emotions surface, people over react. The last thing you want to do is push the boss’ hot button.

Last minute projects are a commonality in the workplace. Sometimes things just pile up during the course of the workday. At others, they seem to pile up at the end with a demand for instant completion or a boss expects you to do the work of three within the scope of one day.

Project pileup can cause other deadlines to be missed. Even though you succeeded in dealing with the crisis deadline, the others that got bumped could come back and get thrown in your face at performance evaluation time. If that happens, you need to have your facts in place.

Your conversation will go something like this, “I want to be successful and support the work you do. When you came to me with last minute projects like the Smith Design, I asked your input or reprioritizing the other projects you had me working on. You recommended that I push these three projects until the following week. Did I misunderstand you?”

Any boss who has got a drop of sense in them (and over 90 percent do) will back down.

What happens and you aren’t feeling so clever when the challenge comes? Stay cool, thank him for his input, and then go get your facts to support why you bumped the projects. Most likely, he will reassess and up his performance evaluation.

Employees must learn to not be afraid to speak up and ask for what they want and need. If you have too much on your plate, ask your boss to assist you in reprioritizing what’s important to him. If early or late meetings don’t work for you, you need to say so. There’s always a laundry list of things employees grumble about. Grumbling will get you nowhere.

Bosses have to sometimes be taught on how to treat people. Employees become the teacher.