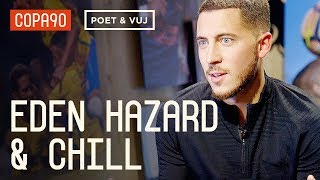 Nike, an ordinary shoe, was endowed with life by a naughty witch called Alex, with a mission of sending a love poem for her to a cute boy. However, the witch’s brother, Justin, happened to see through her plan and then did a bit of monkey business. Anyway, after a series of confrontations between them, Nike was blew away, thrown to a peace place and took a quite while to recover.

At the tongue of complaining, Nike found a naked woman sitting by the lake. Most curious of all, she seemed to talk to the lake joyfully. Then he decided to put his feelings aside firstly and kept an ear to what she said. “Hey, little fish,” she said in an excited voice,”a good news, a beautiful news, an amazing news, ha, Adam promised me to knock down the brightest and biggest star as my ornaments tonight. ” she looked simply dancing with joy. Hearing the news the woman deeply believe, Nike was unable to laugh out. Definitely, as a result, it was too late to hide away. Eve came toward him and was not less as surprised as the promise got from Adam when she found out the sound maker. “Shoe” (she always knew how to give a name for a new thing), she cried, “A speaking shoe!”

“Well…” Having not been given time to explain his unexpected appearance and impolite behavior, Nike was already held in Eve’s hands. “You are the third one who can talk in the Park, beside Adam and me. Wow, you are so special with a bright red tick. Oh, to be more exact, I would like to regard the tick as a flying arrow. How great speed I almost could think of it would be. Look! I believe it must be very soft inside, and I just get an good idea that I can store my lovely strawberry in it. Great! I’d like to tell Adam the interesting finding.” Caught by curiosity and elation about the stranger, Eve run like the wind to the appointed place with Adam.

“Adam will give me the star and in return I can send the shoe to him. Nice! I believe, you belong to him.”whispered by the woman.

“Well, lady, how beautiful the dream is, but I am sorry it will be broken sooner or later.” Nike couldn’t stand the woman any more and threw out the truth in the considerably quiet moment.

“What? Why? ” All of a sudden, Eve stopped running.

“It’s very simple. The distance, which between stars and us appears to be so close that we can reach by hand, is actually very far and beyond our imagination. “

“It’s no wonder that I failed to get it every time.” Eve drag her feet forward.

Arriving at the top of the hill, Eve saw Adam buried his head in hands, discouraged, with a long pole in front of him.

“I think the stars must be fastened well in the sky. Maybe only in such way can they be lighted one by one without missing every night. “Eve came to Adam and put Nike in his hands, “Here you are. I found it along the way I came here. I name it shoe. Now I believe it is a gift from the stars. And I think we can store our strawberry in it.”

“Maybe you are right. Wow, shoe? Ha, what’s this?” Adam found a paper of sort in the shoe.

“Come,walk with me in the moonlight .We’ll rejoice the close of day. Talk with me as moonlight sparkles dreams before our way.”

To some extent, Nike’s mission was fulfilled.

“Hi, I’m Nike,” Nike screamed to the couple who are walking away hand in hand under the trees and making an appointment to watch moon tomorrow.

“Are you Adam and Eve? Wow, so, I’m coming to the Garden of Eden! Crazy!” VAR, Diving & Beating England | Hazard & Chill

Chelsea Superstar Eden Hazard sits down with Poet and Vuj to discuss the World Cup, diving, VAR, and much more!

Fast by nature, the new Nike Mercurial 360 is available on nike.com.

Want a regular dose of COPA90 goodness all in one place? Sign up for our newsletter to spice up your inbox today!
http://bit.ly/copa90newsletter

Check out COPA90 US for the North American voice on the global game: https://www.youtube.com/user/kick

About COPA90:
At COPA90 we believe that football is the universal language. We’re here to entertain, inform and celebrate football and its fans. Whether it’s chats and challenges with your favourite footballers, in depth documentaries about fan culture or amazing animations and explainers about the biggest stories in the game, COPA90 is how football feels.