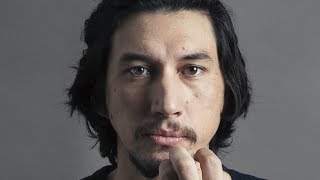 Why Audiences Are Split On The Last Jedi

Please Note: This Video Contains Spoilers For The Last Jedi.

Star Wars: The Last Jedi is a certified hit. The film secured the second biggest domestic opening weekend of all time, after only The Force Awakens, and it earned a stellar 93% rating on RottenTomatoes. From critics, that is. Audiences only gave it a 55%, with Star Wars fans quickly taking sides. Sure, there are some things almost everyone can agree on: the movie was beautiful to look at, Adam Driver gave his best performance yet as Kylo Ren, and the porgs weren’t nearly as annoying as some people feared. But there are still plenty of other things to argue about. Here’s a spoiler filled look at why audiences are split on The Last Jedi…

10 Star Wars Mistakes That Slipped Right By You

The Lost Star Wars Movie We Never Got To See

What Only Die-Hard Fans Know About Darth Vader

How Daisy Ridley Got Ripped For The Last Jedi

Looper is the go-to source for the movies, TV shows and video games we all love. We’re addicted to all things superhero and Star Wars, but we’re not afraid to binge watch some reality TV when the mood strikes. Whether it’s revealing Easter eggs and secrets hidden in your favorite films, exposing movie mistakes, highlighting the best deleted scenes, or uncovering the truth about reality TV’s strangest stars, Looper has endless entertainment for the discerning YouTube viewer.