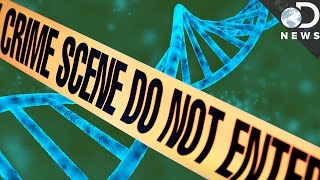 DNA fingerprinting has improved throughout the years. But, contrary to popular TV shows, it isn’t as accurate as one might believe.

What is CRISPR & How Could It Edit Your DNA? – https://youtu.be/SyAo51IYgUw
Sign Up For The Seeker Newsletter Here – http://bit.ly/1UO1PxI

Read More:
Sir Alec John Jeffreys – Genetic Fingerprints
http://lemelson.mit.edu/resources/sir-alec-john-jeffreys
“Jeffreys’ broad goal was to track genetic markers in the DNA of members of the same family, looking for inheritance patterns for illness and disease. He and his colleagues concentrated on ‘mini-satellite’ sections of human DNA, which contained more apparent, dramatic variations than other strands, known as ‘core’ sequences. These would make for better markers for tracking the positions of genes.”

How Does DNA Testing Work?
http://www.bbc.co.uk/science/0/20205874
“Because all cells in the body contain exactly the same DNA, samples can be taken from almost anywhere in the body, including skin, hair follicles, blood and other bodily fluids. A forensic scientist might be asked to compare DNA from skin cells found underneath the fingernails of an attack victim, with the DNA from a blood sample taken from a potential suspect.”

Limits of Traces – The Phantom of Heilbronn
http://www.sipr.ac.uk/downloads/Phantom_of_Heilbronn.pdf
“The ‘Phantom of Heilbronn’ was one of Germany’s most-wanted criminals. As the traces were connected to a female offender, ‘she’ was suspected having committed a series of different crimes (murders, break-ins, theft) across Germany over more than 15 years. Tests showed her DNA at 40 different crime scenes. The only connection between the crimes was this DNA trace.”

DNews is dedicated to satisfying your curiosity and to bringing you mind-bending stories & perspectives you won’t find anywhere else! New videos daily.