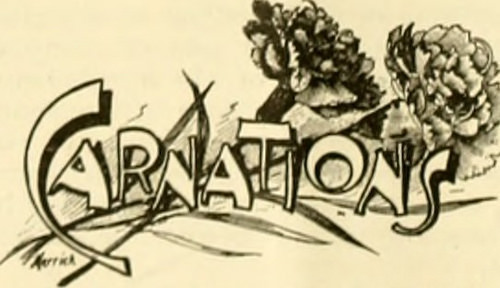 Tinnitus, Fibromyalgia, Chronic Fatigue Immunodeficiency Syndrome (CFIDS), and Environmental Illness can be grouped in a class of chronic illness where traditional medicine may not or cannot help an individual get well. Patients are told on a regular basis “there is nothing you can do” or “just learn to live with it”. Despite tests results that come up negative for physical causes, each individual’s experience is real. The pain, anxiety, depression, panic, and torture they are experiencing is very real and, when left untreated, only increases in severity and may end in suicidal ideations.

Everyone deserves a chance to experience life to the best of their ability. To date, the most effective and successful therapeutic intervention I have experienced is hypnoanalysis using the CARPeTS model. By definition, hypnoanalysis is the process by which the therapist listens to a client after bypassing the critical faculty of the mind and is allowed to find the causes of the client’s presenting problems and symptoms. The key is to utilize hypnoanalysis to facilitate change and encourage healing. The hypnotherapist strives to achieve physical, emotional, and/or mental health in individuals who fail to respond to other therapeutic interventions. Healing is defined as the reduction or elimination of the emotional response to symptoms rather than a cure, which is the actual physical remission of symptoms. (Hogan, 2001) How do you accomplish such a goal? Through a thorough therapeutic intervention including an in depth Case Analysis, Regression Therapy, Parts Therapy, Time Track Therapy, and Suggestive Therapy…CARPeTS.

I first spoke to Larry on the phone. He had been suffering from severe tinnitus for approximately six months when his sister-in-law stumbled upon hypnotherapy as a treatment method. Since Larry had exhausted all other avenues including his internist, ENT doctor, psychiatrist, and neurologist he was willing to give it one last try. He was still seeing his medical doctors regularly, particularly his psychiatrist who prescribed anti-anxiety and anti-depressant medications. “I guess we should at least try to meet since I was going to kill myself anyway. So if it doesn’t work, I’ll just go back to the original plan.”

Prior to meeting with Larry in person for our first session, I asked for a case history in his own words to describe his experience with tinnitus up to 18 months prior to onset. He was to note any major life changes such as divorce, death, physical trauma, abuse, and career issues. He was to also include desired outcomes for therapy and current major stressors, worries, fears, and upsets in life. Upon meeting in person for the our first session, we spent approximately 90 minutes on gathering information and history ranging from relationships and how Larry perceived himself to career path. The last 30 minutes allowed Larry to experience positive regression. The client was returned to 3 different events where he felt loved, accomplished a goal, and overcame and obstacle to succeed. Larry “woke” from a trance state with tears in his eyes and said, “That was the first time in 6 months my body had some relaxation in it.”

Now that I had a thorough case history and as complete an understanding as possible of my client, it was time to analyze that information. Who comes up regularly? Any inconsistencies? What are the common themes throughout the client’s life? Are there any precursors to the presenting problem such as stress, panic disorder, anxiety, depression, and/or emotional problems?

Larry’s story was not surprising when it resulted in the presenting problem of tinnitus. Larry had a history of always getting the short end of the stick. From career to family to relationships, “Life just isn’t fair”, as Larry put it so simply. At work, Larry believed that the boss was always jealous of his ability and therefore held him down, never allowing for advancement. When Larry did leave for a better, higher paying position, he felt that his next boss stole his ideas and took the credit for himself. When Larry worked for a boss he respected, he was then “too old” and not as marketable as he once was, so his age was therefore hindering his career beyond his control.

Personally Larry’s family had many upsets as well. He had a difficult childhood. His mother was sick throughout Larry’s life and his siblings were always at odds. Reflecting on his adolescence and adulthood, Larry realized that he was depressed, as he had been diagnosed in the past 5 years with depression. Having taken the proper medication, Larry stated that he had felt better but still felt “something was missing”. He then decided that he would change careers and follow his passion of playing and arranging music. Larry quit his corporate position and focused completely on music for the past 2 years. He found the field difficult to break into and he was experiencing little success despite his talent. In addition, his estranged brother was found in his apartment several days after suffering a fatal heart attack. Larry had just begun to reconcile with his brother when the news came. My client had also experience various physical symptoms throughout his life from headaches to back pain.

Given this information, Larry had a number of hardships through life as well as letdowns. However, he always looked outward towards external “uncontrollable” factors that absorbed the responsibility for his failure. This could be the secondary gain I was looking for but regression would reveal this as well as facilitate his healing process.

Once Larry’s case history was analyzed, regression therapy was utilized for a number of reasons. Initially regression was used to desensitize Larry to the noise. By having Larry recount recent and past events where the sound was loud or when he was particularly agitated by the tinnitus, Larry was able to decrease his emotional response. Alternating between the affect and somatic bridge, Larry would sometimes recount a story up to 4 times, until he reached the bored state. Larry’s tone changed from one of upset and anger to one of boredom as we went through each and every event that had affected him negatively. Once the desensitization process took hold, Larry reported a feeling relief and a decrease in volume. Taking the emotional charge out of the tinnitus then opens the door for the volume and subsequent suffering to decrease. In knowing that the initial causal event was a rock concert Larry attended with his grandson, the next goal was to show Larry how he came to that moment and went home with severe tinnitus. Larry asked the question himself, “Why did 20,000 people attend a loud rock concert and only one went home with permanent ringing in his ears?” Once Larry was able to answer that question through regression, seeing how his life had been shaped by past events and experiences, he was able to also experience true relief, having complete moments of silence. Regression therapy allowed Larry to detach negative emotions from unpleasant events that went as far back as early childhood.

Finally, regression allowed Larry to explore past events that gave insight to his secondary gain for having tinnitus. As these connections or “light bulb” moments occur my client is piecing together the puzzle of their life and laying the foundation for change. For example, Larry described a recent event where he was feeling so much better that he booked a gig at a local restaurant, playing in the bar area while customers waited for their table. The day of the engagement, Larry’s tinnitus skyrocketed, causing headaches, depression, and anger. He cancelled the gig and felt better the next day. During the session, I could see the light bulb go on as Larry said, “Oh wait a minute, how come it had to go up on that one day?” It was difficult for him, but Larry answered his own question. He was afraid to succeed as well as fail and both would fall on his shoulders, without excuse, if he were to try to play at the restaurant.

On the premise that there are two parts to every conflict, parts therapy or ego state therapy is an extraordinary tool to bring resolution to a client’s conflict. Both parts want what is best for the client as a whole but the means in which they are trying to achieve that goal are completely different. One part of Larry wants to get well while the other part has chosen to allow the tinnitus to continue. The key is to realize that both parts have his best interests in mind, lending the latter to secondary gain. Secondary gain is the benefit, however big or small, the individual receives for remaining ill. Although Larry wants to get well there is this part of him that has decided that the tinnitus is protecting him in some way. Allowing the client to realize his secondary gain, in this case how the tinnitus keep Larry from experiencing failure again and again, opens up an enormous opportunity for healing. The goal of parts therapy is to show the client that a compromise can be reached so the intent of both parts is fulfilled and they now can work together in harmony towards the same goal.

It was extremely challenging to Larry to believe that a part of him would actually want to keep the tinnitus but with gentle guidance, he was able to see that the tinnitus kept him from failing at his music career. He couldn’t fail if he could even try. The session was almost 2 hours in length and emotional. The emotional release was just as important as the insight he gained when he openly and safely looked at the message the tinnitus was sending. He found a compromise where the tinnitus would decrease as long as he continued to take the steps to protect himself from really getting hurt again. He would start with small gigs, maybe with a partner, and build his business from there. He would not have to go back to his corporate life, which made him so unhappy in the first place. Although exhausted, Larry stated how much better he felt as he left the office.

Once Larry felt some consistent relief, we were able to move to the final part of the process, Time Track Therapy. This is usually one of the last sessions if not the final session with the client. Larry was given the opportunity to travel to the past, present, and future on a timeline of his life to realistically see what he had achieved and what it would take to continue to be well. This is one of the few session where I do all the talking, incorporating suggestive therapy creating a realistic future which will have some obstacles but showing at the same time that Larry is equipped to handle whatever comes up.

In conclusion, no one particular method of intervention is foolproof. As a therapist, you must be prepared with a number of modalities in order to help your client. Thinking on your feet is almost as important as the number of tools you have to try to effectively facilitate positive change and healing in your client. In the field of chronic illness, hypnoanalysis is normally used in conjunction with traditional medicine, including but not limited to medication. The CARPeTS model has proven itself over and over again. It is thorough and addresses the various points of therapy to successfully help with consistency. Larry would agree in that he continues to experience relief, understanding that some days are better than others, but he now has the coping skills and understanding to deal with whatever comes his way. He has not thought of suicide since the first few weeks of therapy. The goal was to help Larry live his life to the best of his ability and that goal was achieved.