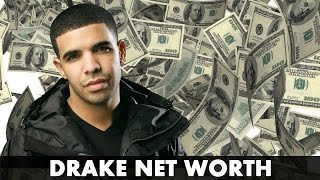 Drake started his career as an actor on the Nickelodeon Originals’ TV series Degrassi: The Next Generation. After releasing numerous mixtapes independently, he was signed to Young Money Entertainment record label. He released an EP, So Far Gone, in 2009, and the record produced his first successful singles, “Best I Ever Had” and “Successful.” Drake’s subsequent albums, 2010’s Thank Me Later, 2011’s Take Care and 2013’s Nothing Was the Same have all generated multiple hit songs and pushed his album sales to over 5 million worldwide. Drake has headlined several tours worldwide since 2010, including 2012’s Club Paradise Tour and 2013’s Would You like a Tour?, which grossed $42.6 million and $46.2 million respectively. On February 13, 2017, Drake released his first mixtape in years, If You’re Reading This It’s Too Late, to iTunes with no previous promotion. The mixtape debuted at number one on the Billboard 200 and features songs such as “Legend”, “Jungle”, “Preach”, “6pm in New York” and “6 God.” Drake plans to release a new album later in 2017 entitled Views From The 6.