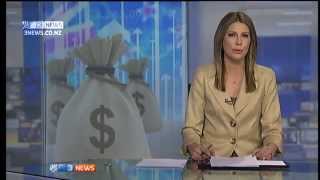 Tax reforms set New Zealand on course for non-resident funds boost
Elizabeth Pfeuti 09 May 2011 efinancialnews.com
Last month, the kiwi government tabled a bill that would remove the current 28% tax rate on income incurred by non-residents investing in funds held in New Zealand.
The move by the government is the latest to entice investors to domicile assets on its shores. A year ago, prime minister John Key, a former Merrill Lynch banker, created a focus group to examine how the nation could become more welcoming to foreign assets and enlisted consultant Oliver Wyman to examine the country’s options.
The consultancy’s recommendation was to market New Zealand as a funds domicile in the Asia-Pacific region.
Abletshauser said the nation was sound economically and politically and had a highly educated workforce, all of which combined to create an ideal environment for a financial centre.
He said: “The news is that there is actually draft legislation now which is a final step towards implementation — before, the quango set up to analyse the situation may have recommended that such legislation not be implemented or the quango’s findings may have been ignored for politically expedient reasons. In fact, what is even better news is that this is receiving little publicity in New Zealand — which means there is a higher likelihood the PM will nudge it through without too much meddling from the country’s left wing camp.”
Key itching for quick action on financial hub
Fran O’Sullivan Dec 2 2010 New Zealand Herald
Prime Minister John Key has slammed bureaucratic pin-pricking over the proposed New Zealand financial services hub as “absolute rubbish” and stepped in to put the project on the fast-track.
Economic Development Minister Gerry Brownlee has been ordered to produce an urgent paper covering a zero tax rating for the relevant foreign funds which Key wants incorporated in the November taxation bill and passed by April 1 next year.
The Prime Minister’s frustration with Ministry of Economic Development officials spilled over publicly during a question session at an Auckland dinner on Tuesday night where he stressed New Zealand needed to be more optimistic and back success.
“There’s been a whole series of advice coming from MED which basically says ‘if you want to do this, you’ve got to deliver the Magna Carta of documents’,” Key told the International Business Forum audience.
“‘You’ve got to do all these things and need bipartisan support’ and [so] it goes – on and on and on.”
Key went on to say MED’s approach was “absolute rubbish”.
“I don’t need the Magna Carta of documents – just get on and do something – which is why I have told Gerry to deliver me a paper that has zero rating of funds and we’ll work on that.”
Key is confident New Zealand will be able to attract financial funds to place their back office administration here saying a chief executive of one of the world’s most powerful banks had told him: “If you are prepared to zero-rate foreign funds that are not invested in NZ, we’re going to move $2.5 billion of funds here in two years because you’re 50 per cent cheaper than Australia.”
Visiting Hong Kong Financial Secretary John Tsang welcomed the Prime Minister’s intention saying if New Zealand develops a financial services hub it will help to grow the worldwide industry.
Earlier reports to the Prime Minister suggested the administration of financial services could become a billion-dollar industry and create 3000 to 5000 new high-paying jobs.
The Government is not planning a “big bang” launch but expects the hub to grow organically.