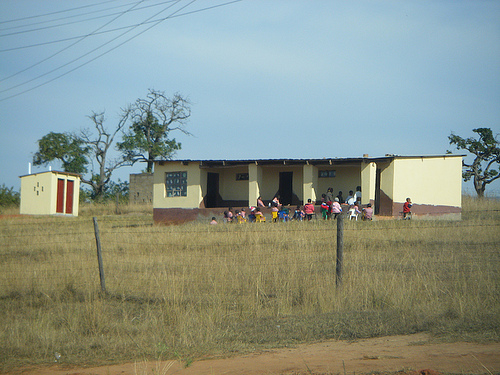 Picnics are a great source of entertainment for kids. If you’re heading out on a picnic with the whole family, you’ll want to have some activities planned for the kids after the food is finished. Not sure what sort of games make a picnic great? Well, here’s a list of picnic games that will keep your picnic creative and fun for the young ones.

A classic picnic game, hide and seek is bound to enthuse youngsters. If you’re not familiar with the rules, hide and seek consists of one player being “it” and the other players hiding. The player who is “it” counts to a previously agreed upon number and then begins to look for the hidden players. Usually, a certain location is marked as home base and the players attempt to make it there before the person who is “it” finds them.

Another age-old favorite that works great at any picnic, tag will keep the kids amused for hours. One player is “it” and chases after the remaining players. If the player who is “it” touches another player, then that player becomes “it” and pursues the others.

In Duck Duck Goose, a group of players sit in a circle, facing inward, while another player walks around tapping each player in turn, and calling them either “duck or “goose.” If a participant is called “goose,” he or she will stand up and chase the person who picked them, attempting to tag them before they navigate the circle and sit in the seat previously occupied by the goose. If the picker succeeds, the goose becomes the new picker. If the goose tags the picker, the goose returns to his seat and the picker starts the process of circling again.

Simon Says is another fun picnic game. In Simon Says, one player is “Simon” and the other players must do what Simon tells them to do, as long as Simon precedes his command with “Simon Says” For example, if Simon says “Simon Says Jump,” everyone must jump and anyone who doesn’t jump is out. However, if Simon simply says “Jump,” without preceding the command with “Simon Says,” then the command is not intended to be obeyed and anyone who jumps is out. The last person remaining in the game becomes Simon.