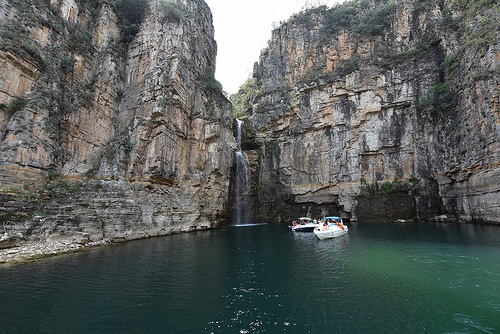 The largest country in the European Union and the second largest in Europe, France has been a major world power for many centuries and is one of the five permanent members of the United Nations Security Council. The French colonized huge parts of North America, North West and Central Africa and numerous Pacific islands.

The origin of the name France stems from the Latin word Francia, which means Land of the Franks. The word Frank had been used from the fall of the Roman Empire up to the Middle Ages, however, after the coronation of Capet as the King of the Franks, it was referred to as the Kingdom of Francia, hence France. The borders of present day France are much the same as those of ancient Gaul, which was inhabited by Celtic Gauls. After the Romans invaded in the 1st century BC, the Gauls adopted Latin, from which stems modern French.

France is still under invasion today, by the 82 million foreign tourists who visit her shores annually, making it the world’s top destination. This figure incidentally, excludes visitors who stay for less than 24 hours, such as the northern Europeans who pass through the country on their way to Spain or Italy. Just to give you an idea of France’s popularity, the second most visited country is Spain with 58 million. The USA comes in third with 51 million. The Eiffel Tower alone attracts 6.2 million people each year. But apart from the culture and history of Paris, the country also offers beaches, fabulous countryside and skiing. The north and west of the country are covered with gently rolling hills and flat plains, whilst the south and east are dominated by mountains such as the Pyrenees and Alps.

France is internationally renowned for its cuisine, but be aware that as in any country in the world, there are people out to make a quick profit, especially in tourist areas. That’s not to say that there aren’t many fine restaurants at your disposal, but don’t be blinded by the cliched media representation. Finding somewhere to eat isn’t a problem, whether you’re looking for Michelin starred restaurants, brasseries or bistros, which offer decent food at realistic prices, although the menu can be quite limited. Most small towns and villages have a local restaurant which will be of a reasonable quality. If you’re looking for Chinese, Vietnamese, Thai or other exotic cuisines, you’ll only find them in the larger cities. It is also possible, if you’re that way inclined, to find a McDonalds. When you receive your restaurant bill, taxes and service charges will be included. The French usually leave a small, extra tip if are happy with the food and service.

France is the home of wine and really is heaven for wine lovers. The quality and Variety available is breathtaking, but be careful about drinking before you drive. The French authorities are harsh when it comes to over the limit road users. Beer is also popular, especially in the north, where biere de Garde is popular. Tap water is safe to drink and is available in restaurants.

French hotels fall into one of four categories from 1 to 4 stars, as designated by the Ministry of Tourism. This rating is exhibited on a blue shield by the entrance to all hotels. By law, all hotels must display their rates outside the establishment, or make them visible from outside, but don’t be afraid to enter and ask for their best price. City centre hotels are usually quite small, so it would be advantageous to book in advance. Make sure you check on the parking arrangements, especially in big cities.

Bed and Breakfast establishments are mainly available in rural areas, where they are known as Chambres d’hôtes. These operate on a nightly basis, as do the motel style hotels that lie along the roadside. For longer stays, a gite could be a good idea. Gites are normally offered as a complete package which includes a kitchen, and are usually offered on a weekly basis. You may also rent a house, apartment or villa from a reputable website. If a few of you are traveling together, this may be a good option. You could also enjoy the luxury of a private swimming pool. With France being so popular, it is wise to book ahead.